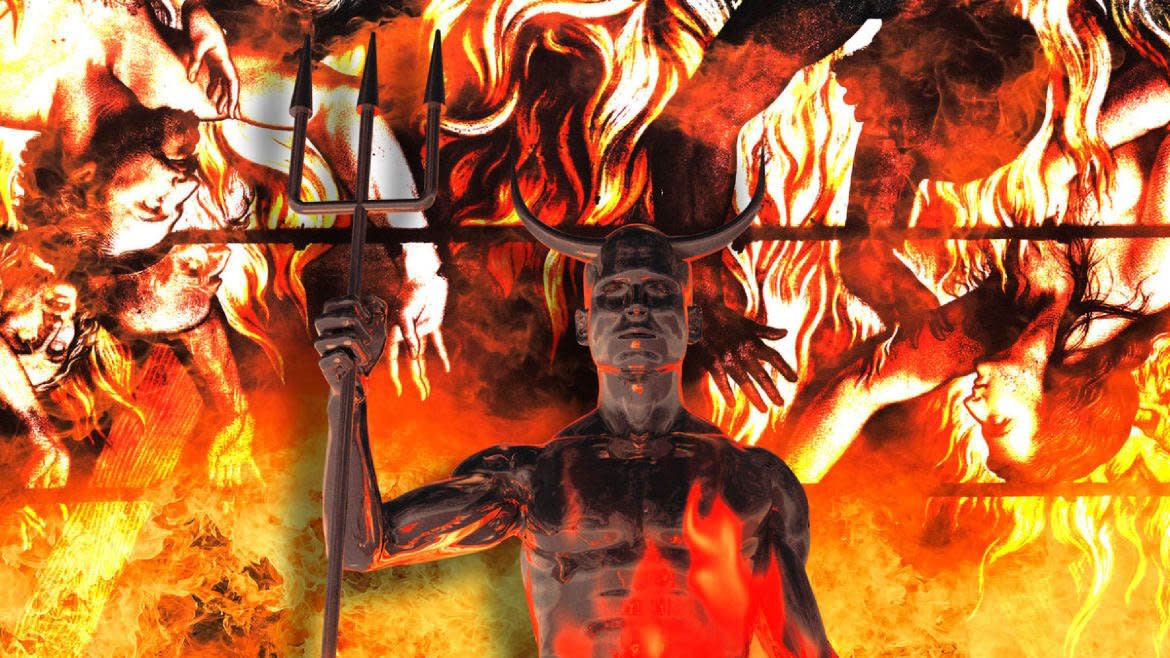 To hear pop culture say it, Satan – or the devil, if we are formal – is the ruler of hell. He directs infernal operations in Other side comic books, canouilles with Saddam Hussein in South Park, bows on a throne in Lucifer, and receives lap dances by Lil Nas X in the delicious video “Call Me By Your Name”. He is, it seems, ubiquitous, responsible for eternal punishment, and although it is a job, he seems to enjoy it. So you might be surprised to learn that in the Bible there is no reference to Satan dominating the damned. On the contrary, if the devil is in hell, it is only because he himself is being punished. All of this makes you wonder when did Satan change from inmate to guardian?

Satan and hell have complicated histories that are often but not always intertwined. In the oldest books of the Bible, hell seems like an afterthought. There’s Sheol, a dark pit underground where people go after death, but it’s home to everyone, not just the bad guys. He also appears in Numbers but as a small player in the Celestial Court. Satan first appears as a real figure in the book of Job, but here he is a legal figure. He is an adversary who commits God to a wager on Job’s righteousness. Satan is not evil, he is just a lawyer.

This was the period of the Second Temple, and in the shadow of Alexander the Great’s conquest, the supernatural population witnessed an explosion. Angels, messengers of God and hired killers, were a relatively stable feature of the Bible. He was an angel guarding the entrance to the Garden of Eden when Adam and Eve were expelled. And it was angels who visited Abraham, wrestled with Jacob and killed the firstborn of Egypt. Demons, however, were something else and it is during this period that we find the first descriptions of demonic activity and fallen angels.

One of the most influential accounts of the origin of demons comes from a section of the apocryphal book of 1 Enoch known as the Book of Watchers. Dr. Archie Wright, author of The origin of evil spirits and Satan and the Problem of Evil and a visiting lecturer at the Catholic University of America, told me that 1 Enoch takes leave of the biblical story of the flood, which refers to angels having sex with human beings. “In 1 Enoch [these] the fallen angels, or Fallen Watcher Angels, rebelled against God and his creation activity and created their own offspring with human women who are called the Giants. The problem with Giants is that they ate a lot and, having run out of less offensive protein sources, ended up settling on human beings. Accordingly, says Wright, “God sent the Flood to destroy the Giants, but they were only physically destroyed; their spirits survived and are identified as evil spirits or demons.

The fallen angels, the parents of the now disembodied giants, were imprisoned by God in a pit or abyss (a kind of small-scale version of hell). They will only be released at the end of time. As for the demons, they continued to roam the earth tormenting human beings in a new form. According to the second century BC Book of Jubilees, Wright said, 90% of evil spirits were imprisoned with their fathers while 10% were free to work with a mysterious figure named Mastema, an individual later identified with the devil. This Mastema, however, functions in much the same way as Job’s Satan: he tests humanity with the help of evil spirits but he “is not an autonomous being.”

At no time in the Bible, Wright told me, is Satan ever the ruler or guardian of hell. Instead, as bestselling author and Princeton professor Elaine Pagels wrote in her book The Origin of Satan, Satan was a servant of the Lord, an angel of God. If Satan or Mastema torments mankind, it is only because God has given them permission. Satan never acts independently of God. Satan is turning against God, Pagels writes, at the same time that Jewish groups are turning against each other. The Essenes, the sectarian group responsible for the Dead Sea Scrolls, and the Followers of Jesus, who faced some opposition from their fellow Jews, use demonic figures as ciphers for these real-world opponents. For the Essenes, demonizing those with whom we disagree as sons of darkness is a way of placing grievances on a cosmic stage.

Does the Bible have an escape route to heaven?

This leader of these characters, known as Satan, Belial and Beelzebub, is God’s chief rival. In the first century book of Revelation (the last book of the canonical Bible), Satan is grasped by an angel of God and thrown into the “abyss”. This, says Wright, is probably not the same pit in which the fallen angels of Genesis and Enoch were imprisoned. There Satan remains for a thousand years before a final battle and eternal punishment in the lake of fire.

It is, according to Pagels and Wright, a small group of Christian philosophers known as Gnostics who promote Satan from a rebellious angel who can be defeated by another angel to an evil deity with enviable powers. Satan in Gnostic thought is still identified as a subordinate being, but he creates his own lower material realm in which humanity is (currently) imprisoned. Just as the Essenes had done, the Christians used the devil to tell a story of cosmic struggle in which first (other) Jews, then the Roman authorities who opposed it, and finally other dissident Christians were all cast out like demons. The devil takes shape in antagonistic encounters between competing groups.

But throughout this period, and indeed during the first millennium of Christianity, the devil still does not sit on a throne of shadow and does not rule over the tortured subjects of hell. As Dr. Meghan Henning wrote in her recently published book Hell has no fury, the earliest descriptions of hell show human beings being tortured by angels, not demons. It is the angels who administer “justice” in a space that, though hellish, is still clearly owned and operated by God. Any reader who recoils in horror must remember that in the eyes of these authors, the horrors of hell are not in conflict with the Divine. This is what the justice of God looks like.

It is not really until much later, in the writings of Dante, Milton and their successors, that the popular mythology of the devil emerges. For Dante, the devil is Lucifer, the dawn-bringer, who had once been God’s favorite. As a perfectly created being, Lucifer refused to bow down and worship newly created humanity. Lucifer fractured the heavenly armies and waged war against those who are loyal to God. He was defeated and thrown into Hell where he leads his fellow demons from the frozen tundra of the Ninth Circle of Hell. Although bound in the bowels of hell, he was nevertheless able to project himself onto a mortal plane to tempt and deceive. Milton’s Satan is also consumed by envy. In the words of Thuswaldner and Russ, he “prowls the chasm between hell and the newly created earth”, plotting the demise of human beings.

What these images of the devil bring out is the paradox of Christian ideas about Satan. As Philip Almond says The devil, “the devil is God’s most implacable enemy and beyond God’s control…yet he is also God’s faithful servant, acting only at God’s command.” Satan may hate mankind and (very effectively) plan their demise and destruction, but he is hardly God’s sparring partner, let alone an equal. All of this means that hell is ruled by God. Satan is not the Lord of Hell, but if he is, he is just a puppet king ruling at the behest of a God who allows demonic interference but does not tolerate disobedience.

Learn more about The Daily Beast.

Get the Daily Beast’s biggest scoops and scandals straight to your inbox. Register now.