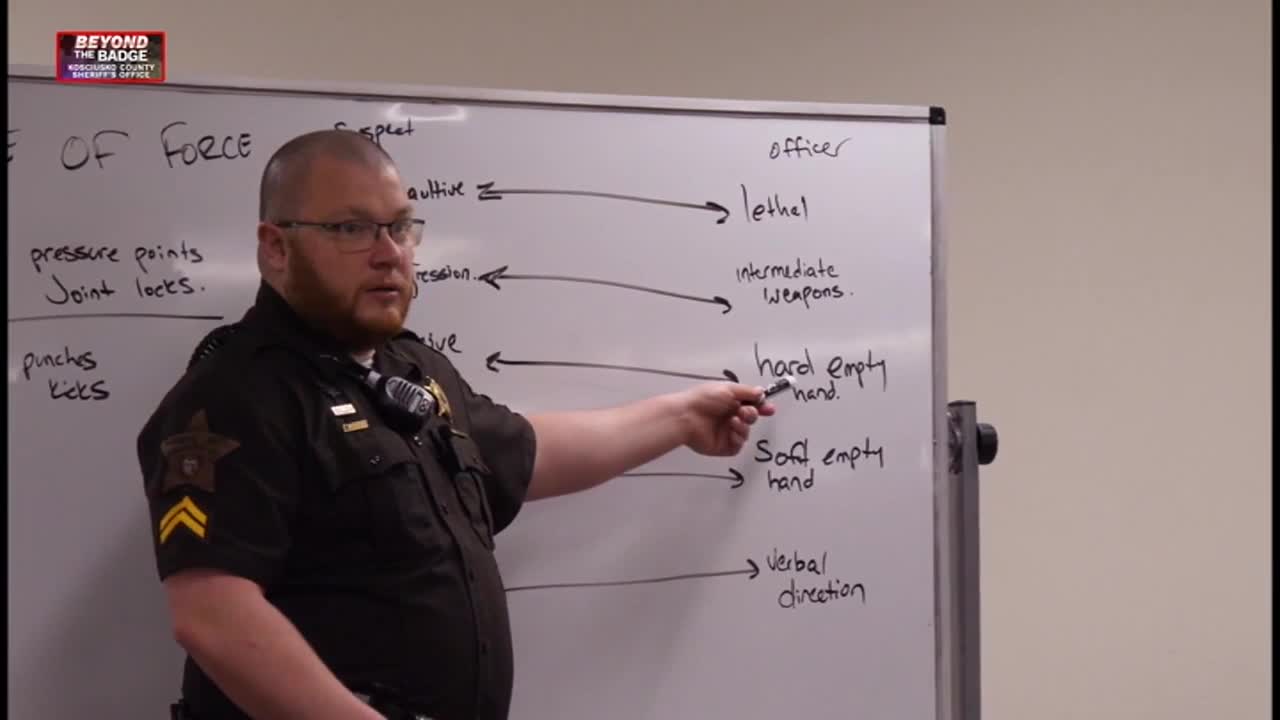 This week on Beyond the Badge, Michiana gets a behind-the-scenes look at Kosciusko County Jail and what it takes to run the place. It’s not a job that anyone can do and the job is never done.

“The accountability of jail guards, you know, is one of the toughest jobs here at the sheriff’s office,” Kosciusko County Sheriff Kyle Dukes said.

“I think people think we’re just here to make trouble for everyone,” Kosciusko County Jail Officer Zach Lane said. “We are here to help people who need help. It’s probably more dangerous than people think. Our lives were threatened. Our families have been threatened. Not the safest place at times, it can be hectic and stressful.

Sheriff Dukes said it’s not a job anyone can do.

“It takes a special person to be a prison officer,” he said.

“There is fighting, we need to break up the fighting,” said Chad Marsh, a sergeant at the Kosciusko County Jail. “We go back there to do clean laundry, pick up dirty laundry. And when you have, you know, 25 or 30 guys, in a little block together, there’s always something going on. So we go back and forth, to deliver the mail, to solve the problems. It’s, it’s something different. I mean, I’ve been here 19 years. And there are still every week, there are ‘wows’ I’ve never seen that happen. There’s just, and I think a lot of the general public has no idea what’s going on here.

“We are busy from start to finish of our shift, we have to take care of all the inmates,” Marsh said. “I mean, our biggest job is to protect, you know, the safety and security of the prison and everyone here. So I think the biggest misconception is that they don’t understand everything we do.

“Speaking of defensive tactics, speaking of handcuffing, how do you talk to an inmate when they’re screaming and screaming and how do you handle that situation without getting your hands on it? That’s what we’re here to do,” Sheriff Dukes explained.

“Because when you run in there and open the door, you don’t know if it’s going to be two people or 10 people or you don’t know what you’re getting, especially when it comes to fighting,” Marsh said. “But we’ve all had lots and lots of training.”

“Knowing your surroundings and, you know, when to call for help, when don’t, but just talk to get yourself out of it,” Sheriff Dukes explained. “That’s what we are training these brave men and women to do because these situations are not favorable to us in terms of numbers.”

“We’re kind of like first responders,” Marsh said. “It’s kind of like our own little town. And we are prison guards. But that’s, that’s where we patrol.

Also, this week on Beyond the Badge, Michiana meets a group of men from the Kosciusko County Jail who are on the Jail Chemical Addiction Program (JCAP).

“This program is built around hope and how to take your past struggles and turn them into hope,” said inmate Bruce Yeazel.

Find out how JCAP transformed their lives and gave them a second chance on ABC57 NightTeam.