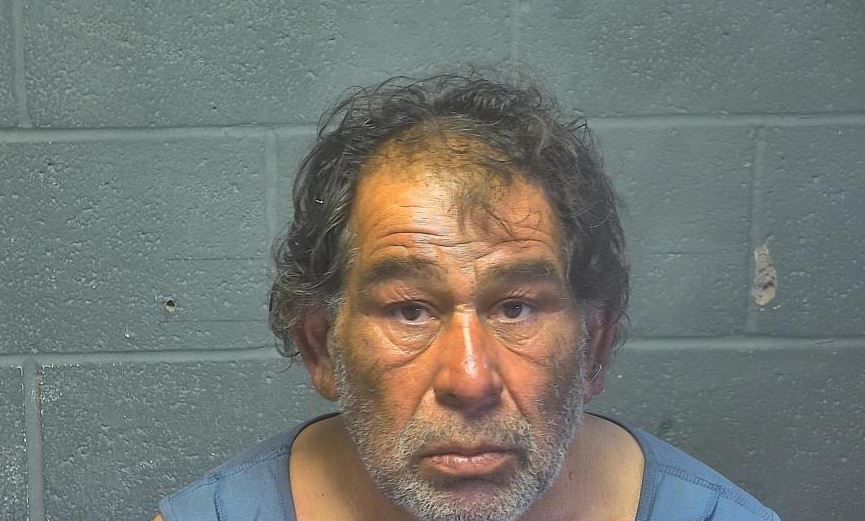 OKLAHOMA CITY (KFOR) – An employee at the Oklahoma County Detention Center, wishing to remain anonymous for fear of reprisal, claims an inmate nearly died because his cell’s water supply was cut off for five days .

Jorge Adams has been incarcerated for arson and drug paraphernalia since mid-January.

The unnamed employee told KFOR that on March 30 the water supply to Adams’ cell was cut off because he was due for a medical procedure the next day and he had no food or water. after midnight.

The insider said that the procedure ultimately did not take place, but the water supply to the inmate’s cell was not restored.

Five days later, on April 4, Adams was reportedly found unconscious in his cell and rushed to St. Anthony’s Hospital where he ended up in intensive care.

Employee claims doctors kept asking what happened to Adams and detention center workers were ‘only allowed to say ‘we don’t know, he was just found like this in his cell “”.

KFOR began asking questions at the detention center in an attempt to clarify Adams’ situation last Thursday. The detention center slowly gave us details and confirmed that the water had indeed been turned off during this five-day period.

However, the center’s story about what happened has changed several times.

With the anonymous employee’s name redacted, we forwarded the employee’s claim to the Oklahoma County Detention Center on Thursday and requested an interview.

Our interview request was denied. But, a day later, its administrator, Greg Williams, sent us the following statement:

“Oklahoma County Detention Center staff are committed to protecting the health and safety of our inmates. Although it is inappropriate to discuss an inmate’s health or mental health, we can confirm that we sometimes turn off the water to an inmate at the request of medical staff. Where appropriate, we provide safe drinking water under supervision to ensure that people do not injure themselves or worsen any medical condition. Of course, we cannot force anyone to eat or drink what is offered.

We are grateful to the doctors and nurses who help provide care for those in our care. »

On Friday, KFOR replied that we knew a detainee’s medical information could not be discussed. However, the statement does not address the accusation that the water remained shut off in Adams’ cell between March 30 and April 4.

At that inquest, Oklahoma County Detention Center communications director Mark Opgrande said, “Water service was not returned to the individual in question because medical personnel were concerned about the flooding and the effects on the prisoner’s health. Drinking water was made available.

We then asked if the toilets were also unusable during this five-day period due to the lack of water supply, and asked where Adams could defecate.

Opgrande responded by saying, “Yes. It will not hunt but an inmate can still use it. It would be something checked by the staff and the doctor to make sure he was able to relieve himself.

In a separate email, he added: “In other words, he would be allowed to use another toilet in the pod. Or use one in medicine if he was taken there.

Due to the word “may” in Opgrande’s response, KFOR requested clarification on whether Adams was indeed brought in and out of his cell several times a day to relieve himself. We also asked if it would be on the surveillance video.

Opgrande replied, “If necessary, we took him to another area to go to the bathroom. Video cameras are in the pods and are working 24 hours a day. I cannot confirm movements at this time. All movements would of course be filmed.

KFOR told Opgrande we would turn back, to give the detention center time to check their video cameras to confirm how many times Adams was allowed to use a working toilet during the five days his water has been cut.

However, the story changed on Sunday.

“Let me clarify after speaking with the major. He has access and has access to the toilets. If anyone in a cell had a problem with the toilet, we would move them to another cell,” Opgrande wrote. “Maybe I wasn’t clear in my answer. A dry cell doesn’t mean the toilet isn’t working. Sorry for the confusion.”

The detention center story changed again on Monday, saying the anonymous employee’s information was not accurate.

“The person you asked about was booked into our facility on January 18. We cannot give details, but we can say that he has been under medical care since his arrival. On March 30, doctors told us advised to restrict water to the inmate’s cell for his own safety and protection. To be clear: despite the lack of water supply, he was regularly offered food and drink, as well as toilet facilities,” “Although the individual was in the hospital for treatment – and remains there now – at no time was a medical procedure scheduled or cancelled,” Opgrande said.

Although there are allegedly no medical procedures, Opgrande confirmed that the water in Adams’ cell was indeed turned off from March 30 to April 4.

He also said Adams is currently in the hospital.

According to the Oklahoma County Courts Network, a motion has been filed for Adams’ medical release. KFOR contacted his lawyer, but received no response.