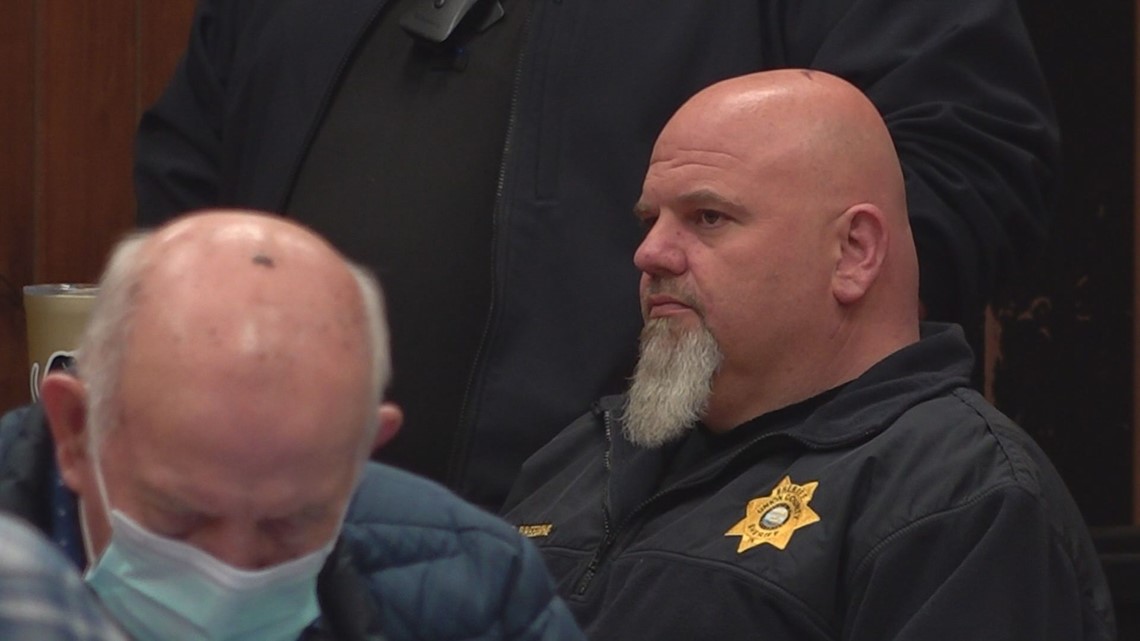 The Peace Officers Standards and Training Commission voted to allow the two to retain their state certifications after investigators argued they broke the agreement.

UNION COUNTY, Tennessee — Union County Sheriff Billy Breeding and a chief deputy will keep their badges after a state commission voted Friday not to revoke their state certifications.

The Peace Officers Standards and Training Commission voted to dismiss a case against the two after state investigators argued they violated the terms of a probation agreement with the state after Union County deputies were caught cheating on state-mandated certification tests.

The state reached an agreement last year to put Breeding and Chief Deputy Brian Smith on two-year probation, suspending Smith’s ability to act as a law enforcement officer for six months in outside of administrative duties and asking Breeding to establish a training program with the help of another county.

In May 2022, state investigators from the POST commission argued that the two should lose their badges, saying they had breached the terms of that agreement.

For Smith, investigators said he disobeyed the terms of his six-month suspension by attending the scene of an accident. Smith testified that he only did it to take pictures for insurance, which he said was part of his administrative duties and not done in a law enforcement role.

POST dismissed its complaint against the two, but said the two-year probation agreement remained in place. Smith was cleared to return to law enforcement duties on December 1, 2021.

The complaint that led state investigators to investigate Union County’s compliance with the order was filed by Blaine Police Chief Tim Wyrick, who filed a candidacy against Breeding for the sheriff’s job this summer.

The deal with POST dates back to June 2021, when Breeding and Smith admitted that department deputies received taxpayer money after cheating on a state-mandated on-the-job training test.

POST found that Breeding knew the officers were using an “answer key” to perform the test. Chief Deputy Brian Smith admitted to resetting the test when deputies did not answer questions well, according to a 2020 report from the Tennessee Comptroller’s Office.

Initially questioned by POST, Breeding and Smith denied providing an answer key to agents. However, they shared that a “study guide” was used for the Virtual Academy training course.

The study guide included the Virtual Academy assessment questions and associated multiple-choice answers. They agreed that the study guide is likely how the answer key was developed,” the controller report reads.

The online video training provider said most agents take between 5 and 10 minutes to complete an assessment after watching a training video. Training analysis from 2017 and 2018 showed that Sheriff Billy Breeding and most of his deputies completed the test in under 60 seconds.