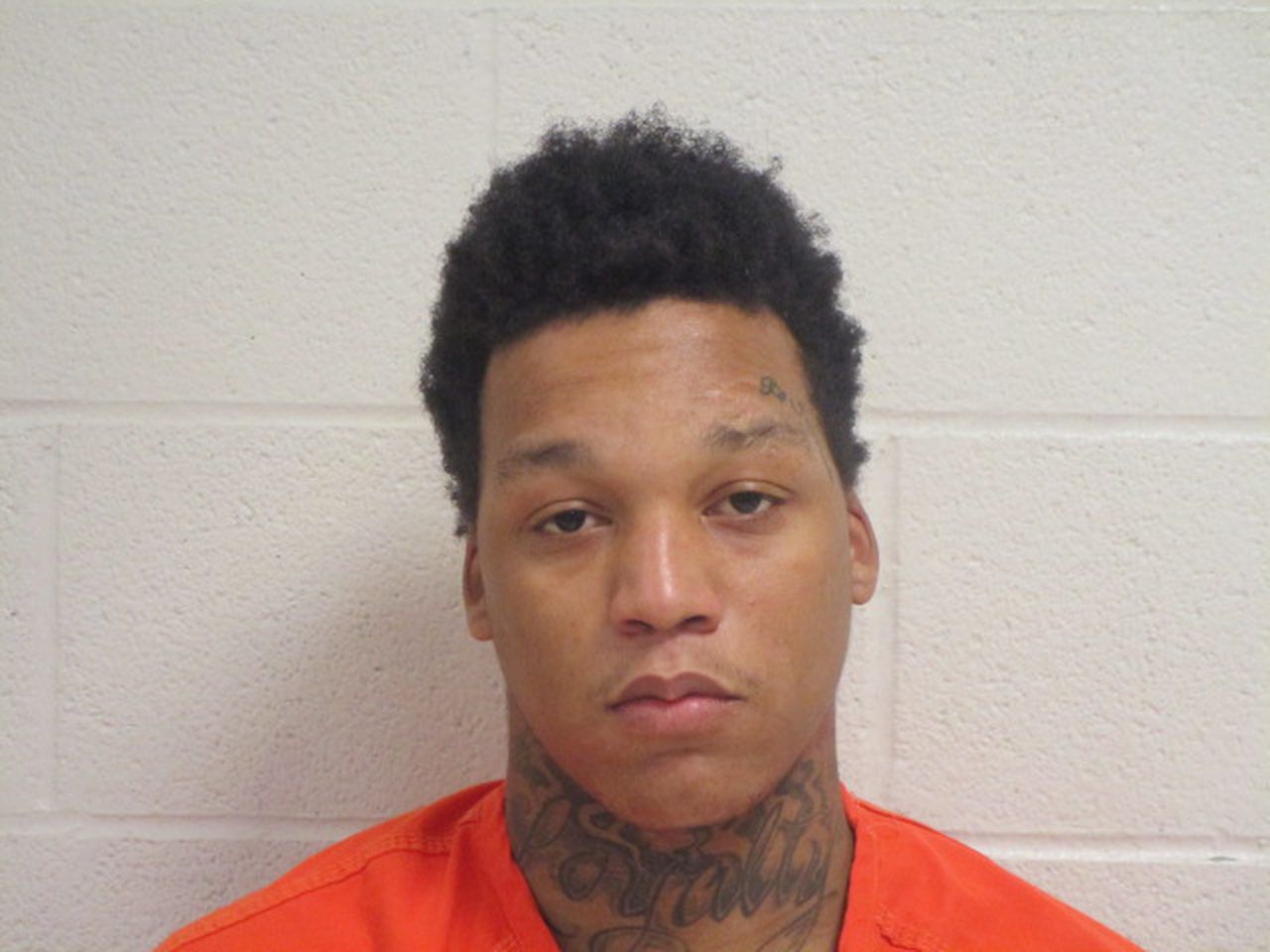 CLEVELAND, Ohio — Eleven inmates since 2019 have entered and exited Cuyahoga County Jail, despite court orders that should have kept them locked up.

Two were charged with murder upon their release. Another knew he had been wrongfully released, pleaded with prison officials to keep him locked up and, when that didn’t happen, called the judge handling his case. One has still not been found.

The latest happened on March 18, but was discovered on Sunday after Cleveland police went to interview a man charged with aggravated murder and found he had been released more than two weeks ago.

Authorities are still looking for Cornell Gray, while the Sheriff’s Department is investigating exactly how Gray was able to leave the facility.

Cuyahoga County spokeswoman Mary Louise Madigan said Tuesday that county officials still do not know how Gray was allowed to leave the facility. She declined to comment further on this story.

This creates confusion and can lead to incorrect information, or no information, entering the prison’s computer system which is supposed to help officers when releasing inmates. This computer system is not directly linked to the county’s various court systems, a problem highlighted in recent years by the US Marshals Service, the American Correctional Association and the County Corrections Advisor.

Here is an overview of the 11 erroneous versions since 2019:

Whitfield, an alleged member of Cleveland’s Rack Gang, was arrested by FBI agents in connection with a series of violent bank robberies at gunpoint in Cuyahoga County. Whitfield was 17 at the time of the robberies, but 18 when he was arrested. A juvenile court judge set Whitfield’s bail at $200,000.

Whitfield, however, had two other cases pending in adult court – for an armed robbery and a police chase. He posted bond in both cases in adult court and was released from jail. However, he never posted bond in the bank robbery case. Cuyahoga County officials blamed a problem in how cases from juvenile court are transferred to adult court.

Whitfield later pleaded guilty to all three cases and was sentenced to 10 years in prison.

Drewery at the time was charged with murder, accused of killing her mother’s boyfriend at Euclid. When he appeared in court, he entered no plea against the charge and his bail was set at $1 million. At the same hearing, Drewery pleaded guilty to an old traffic ticket and was fined $125.

Employees of the Euclid City Clerk sent incorrect documentation to the county-owned Euclid Jail Annex where Drewery was being held, including failing to include bail on the murder charge.

Drewery eventually pleaded guilty to voluntary manslaughter and was sentenced to 13 to 16 years in prison.

Harris at the time was believed to be held on $25,000 bond stemming from a burglary charge in which he was accused of breaking into his former girlfriend’s house twice within two hours.

Harris first appeared in court with a ticket. A judge gave Harris personal bond, but made it clear in the court order that Harris should be held in jail for burglary until he appears in that case. Harris was released without appearing in felony court.

He later pleaded guilty to three misdemeanor counts – child endangerment, criminal trespassing and theft – and was sentenced to time served.

Cruz was serving the end of a prison sentence for drug trafficking while in the Cuyahoga County Jail, where he awaited a resolution on an open charge of drug possession. His prison term ended while he was still in prison. On the same day, he pleaded guilty to the drug possession charge. A judge sentenced Cruz in the drug possession case to serve time in a community correctional facility in order to seek treatment for heroin addiction.

But prison workers mistook the release from prison for his sentence in the drug possession case, although Cruz told prison officials he was not supposed to be released. Cruz called the judge who sentenced him and let him know that he had been freed and asked him what he should do. The judge tried to get him into the community facility, but it only takes inmates straight from jail. Cruz ended up at the facility after showing up for his scheduled meeting with his parole officer the following week.

Davis was one of three inmates mistakenly released on the same day. The prison was understaffed and three discharge officers were substitutes who did not work regularly in this area. Employees mistakenly entered incorrect information into the prison system, which triggered the releases.

Davis at the time was charged with domestic violence, accused of biting a seven-month-pregnant woman as she called police during an argument. He never posted his $5,000 bond before being released.

McClarin at the time was also being held on $5,000 bond that he never posted. He was charged with assault, accused of punching a woman repeatedly in the head and face.

Court records indicate that McClarin has not been arrested since and has not made another court appearance in the case, which remains active.

Irby was also charged with domestic violence upon his release. He never posted $10,000 bond. He was accused of punching a woman in the face, kicking her in the stomach and ribs and choking her.

Irby eventually entered the court’s deferred trial program, which allows an offender to be placed on probation and avoid a criminal conviction if the judge’s orders are followed.

Barnes was one of two inmates mistakenly released over the same weekend. Records indicate that prison workers did not read the court and arrest information before releasing the two men.

Barnes was released ahead of his court appearance for incapacitated possession of weapons, a fourth-degree felony. He also had a warrant for his arrest in Solon, but he was released from prison.

He eventually pleaded guilty to improperly handling a weapon in a motor vehicle and was sentenced to six months in a community correctional facility and one year probation.

Moore, upon his release, was charged with handling a firearm in a motor vehicle, a fourth degree felony. He also had warrants for his arrest in Beachwood and Parma. Moore did not appear in court on any of the charges before being released. Moore’s case did not go before a Cuyahoga County grand jury.

Dent, who was previously convicted of being part of the Detroit Take Over gang in Cleveland, had three active cases when he was mistakenly released. He had already posted bail in the first two. The police arrested him a third time – each drug dealing case – and took him to jail.

A judge set his bail at $30,000 for the new case. The judge presiding over the first two cases, John Russo, revoked Dent’s bail the same day because he had twice violated the conditions of his previous releases.

Jail workers only knew about the $30,000 bond, which Dent had posted before his release. Cuyahoga County Courts Clerk Nailah Byrd then faulted Russo’s order for not including key material that would have alerted staff in the clerk’s office. Russo, through a spokesperson at the time, said he had done nothing wrong.

Dent, accused of selling cocaine in Lakewood and crack cocaine and heroin in Cleveland, eventually pleaded guilty and was sentenced to a year in prison.

Gray, 22, is charged with aggravated murder in the April 17, 2021 shooting of Marvin Keith. He is accused of having shot Keith in front of a building in broad daylight.

Prosecutors charged Gray on January 26, and a judge issued a warrant for his arrest. U.S. Marshals tracked him down and arrested him Feb. 10 during a traffic stop in Houston, Texas.

Gray also had a separate warrant for his arrest stemming from a charge of having disabled weapons.

He was extradited to Cleveland and taken to prison on March 15. There is no mention of the aggravated murder charge in the prison records.

Gray went to court on the weapons charge on March 18, and a judge set bail at $2,500. Gray posted bond and was released. Cleveland police found Gray was mistakenly released from jail on Sunday.