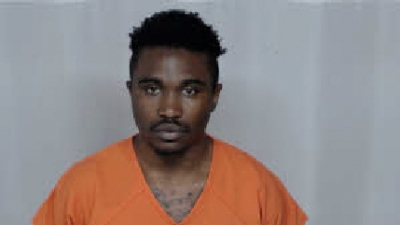 ROCKINGHAM – A Moore County man wanted for a homicide in East Rockingham is behind bars.

Richmond County Jail records show Jaleel Jabar Liles, 24, was charged with murder at 2:32 p.m. Tuesday. He is being held without bond and is due in court on March 3.

Deputies responded to a call around 8.45pm on Friday February 11 from a man who was allegedly hit by a vehicle on the corner of Mill Road and South Street, according to the Richmond County Sheriff’s Office.

The first patrol deputy to arrive on the scene reportedly found Chavis unresponsive. While attempting to administer first aid to Chavis, investigators say the deputy discovered injuries “inconsistent” with being hit by a vehicle. However, no further details were given about his injuries in the original press release.

FirstHealth EMS later arrived and pronounced Chavis dead at the scene, according to the sheriff’s office.

Sheriff Mark Gulledge identified Liles as a suspect on February 17.

Liles, of Eagle Springs, reportedly stayed in the East Rockingham area for several weeks before the shooting.

Liles is listed as a probation escapee.

He received an 18-month suspended prison sentence in October 2021 when he was convicted of receiving a stolen vehicle and resisting a Hoke County officer.

His probation on those convictions was revoked later that year when he was convicted of attempted break and enter into vehicles.

Records show he was convicted:

State records show Liles spent about three years and four months behind bars over the past six years.

All defendants facing criminal charges are presumed innocent until proven guilty by a court.