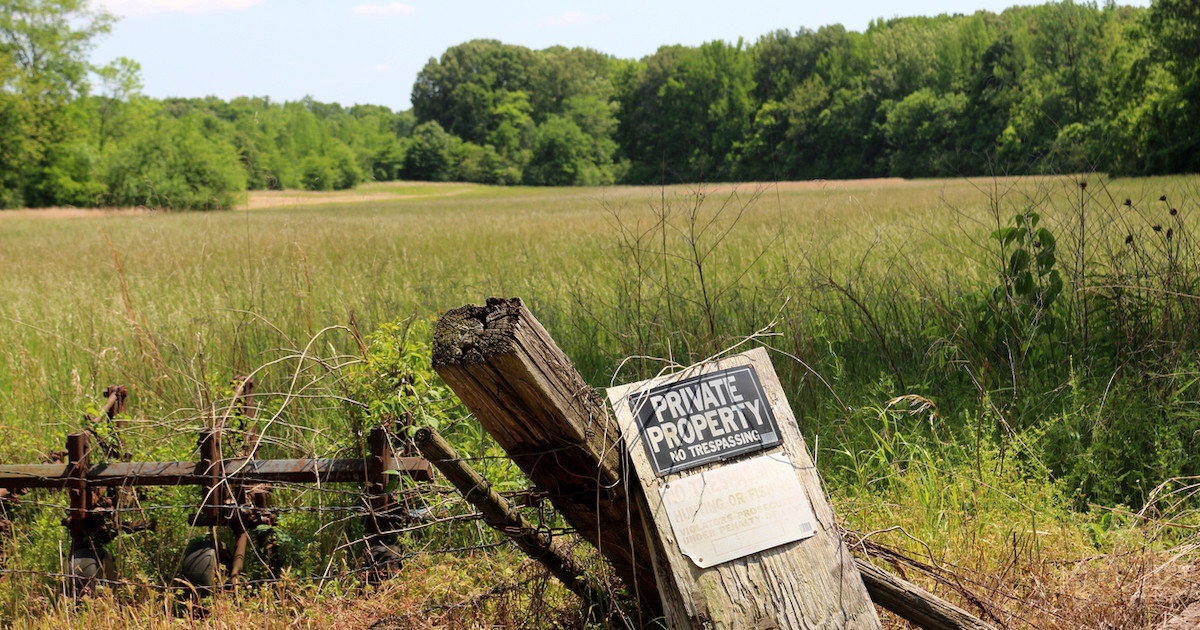 On March 22, the Benton County Circuit Court ruled that portions of the Tennessee code regarding game warden abilities were unconstitutional under the state constitution. This invalidates laws that previously allowed the Tennessee Wildlife Resource Agency (TWRA) to enter private land without a warrant to enforce wildlife regulations.

The ruling means that if wildlife officers want to investigate a potential game violation on private property, they first need a court-ordered warrant. While many see this as an affirmation of the private property privileges guaranteed in the Bill of Rights, others worry that it could hamper the enforcement of rules intended to protect public wildlife.

Private landowners versus TWRA
This particular court case began when two landowners sued TWRA for violating their rights under the Tennessee Constitution and the Fourth Amendment to the US Constitution. Terry Rainwaters and Hunter Hollingsworth own parcels of land of 126 and 95 acres respectively. Each property is landlocked and accessible only by a private road marked with “No Trespassing” signage. Both owners hunt their properties with family and friends.

TWRA agent Kevin Hoofman first entered the Rainwaters property in September 2016 to investigate a possible dove-baiting infraction. He took several photos and returned the following November to look into the potential deer baiting. At that time, he installed a US Fish and Wildlife (USFW) trail camera on the property and took footage of Rainwaters, his family and friends on the property as they hunted. Although Rainwater has never been convicted of breaking wildlife law, the same cannot be said for Hollingsworth.

Hoofman began investigating the Hollingsworth property in December 2016 and took deer bait footage. He returned in the fall of 2017 and documented Hollingsworth baiting waterfowl – a state and federal offense. At this point, Hoofman teamed up with USFW Special Agent Kyle Lock to investigate potential federal crimes. After installing USFW trail cameras on the property and interviewing Hollingsworth, law enforcement officers charged the landowner. Hollingsworth was tried and convicted of baiting doves in 2018, a federal offense punishable by a $3,000 fine and suspension of his hunting privileges for three years.

Rainwaters and Hollingsworth both claim a constant sense of anxiety stemming from the fear that TWRA agents or CCTV are hiding somewhere to watch them on their property at all times. Because Article 1, Section 7 of the Tennessee Constitution protects people from “unreasonable search and seizure,” landowners decided to take this issue to court. Although TWRA argued that their actions were justified and legal, the court ruled in favor of the plaintiffs. They also received the $1 they requested as restitution.

“It is a great relief that the court agrees that to search my property without permission and without a warrant was unconstitutional,” Rainwaters told the institute for justice. “It’s even better to hear that the court doesn’t think anyone in Tennessee should have their rights violated in the same way. I’m going to sleep a little better tonight knowing that state officials have to respect my property rights.

Warrantless Wardens
In most states, game wardens have unique law enforcement authority. Authorized by federal case law and established legal doctrines, they have a greater ability to conduct warrantless searches than police or administrative inspectors. However, many state laws also specifically establish that wildlife officers may enter private land without a warrant but with cause.

The “open fields” and “unobstructed view” doctrines grant conservation officers the authority to observe and enter private lands that they can see from a public road or area in order to stop or document crimes. The United States Supreme Court case of 1924 Hester vs USA determined that the Fourth Amendment did not protect “open fields”. In that case, the Supreme Court ruled that there was no reasonable expectation of privacy in open fields, defined as “any outdoor land beyond the perimeter of a home.”

The unobstructed view doctrine applies when an officer “is able to sense something using one or more of his senses”. These sightings can be pre-intrusive (looking outside on private property) or post-intrusive (already inside private property). For post-trespassing sightings to be legal, the officer must have rightfully trespassed and have probable cause to associate the property with criminal activity.

The article “Searching for Evidence: The Broad Warrantless Search Powers of Fishery Wardens and Game Wardens” published by Hastings Constitutional Law Quarterly, explains the intricacies of this power.

“While this combination gives guards greater ability to conduct warrantless searches than police or administrative inspectors, it may also erode constitutional protections for those subject to guard searches,” wrote author Michael O’ Connor. “The result is a constitutional dilemma – a tension between the individual’s right to privacy and the state’s interest in enforcing the law and protecting the environment.”

The two state code provisions, 70-1-305(1) and (7), that the Tennessee court ruled unconstitutional authorize the search for constitutionally protected property by TWRA agents. The court found these provisions “unreasonable” and “dangerous to liberty”, and therefore a direct violation of Article I, Section 7 of the Tennessee Constitution.

Who watches over your wildlife?
This court case vividly illustrates this tension between law enforcement and private property rights. A property owner violated federal wildlife law and probably wouldn’t have been caught if the officer hadn’t placed a trail camera on his property. So, do our state and federal governments need laws that allow officers to enter constitutionally protected private land without a warrant?

“We wouldn’t need any of these laws if people acted within the regulations established by biological science,” said Ryan Callaghan, MeatEater’s director of conservation and host of the Cal’s Week in Review podcast. “Unfortunately, some people are more likely to behave if they think a conservation officer could watch and won’t be bothered by a private property sign.”

Yet many hunters in Tennessee and elsewhere wonder what the functional consequences of this changing legal understanding will be. Richard Simms, former TWRA employee and current outdoor writer, detailed some hypothetical situations of what could happen now in Tennessee in Chattanooga. Channel 9 News:

“An officer receives an anonymous phone call that someone is illegally poaching deer,” Simms said. “It’s 1 a.m. and the judges are sound asleep, and an anonymous phone call would never pass the threshold for a search warrant, even if it could be requested in a timely manner. The officer travels to the remote area on a public road. In the distance, he or she sees a searchlight sweep across a green field, locking onto a large buck. A high-powered gunshot splits the night and the responsibility falls. However, the only way for the agent to quickly access the area is to take a private farm road where the agent is now forbidden to go. He sits and watches through binoculars as tiny figures load the male into the truck and disappear out of sight across the field.

Simms demonstrates that this new decision will also affect the enforcement of fishing regulations.

“An officer is patrolling Lake Nickajack by boat,” Simms then suggested. “The officer watches through binoculars as a man fishing ashore catches several largemouth bass, most of them smaller than the legal limit of 15 inches. Each fish goes into a cooler. Yet he the officer is prohibited from setting foot on private land to enforce the law, and chances are that by the time he can get a search warrant, the illegal catch will be cleaned up and eaten.

Although Simms wrote these situations hypothetically, he urged readers to understand that they are not entirely hypothetical – similar scenarios play out every day in Tennessee.

“I don’t think this will affect wildlife management per se, but I can see how it will affect conservation officers’ ability to collect urgent evidence,” Callaghan added. “The justice system will have to adapt and issue warrants more quickly.”

Because 86% of land in Tennessee is private, the methods of allocation of mandates by the State will undoubtedly have to be adjusted. How they will approach this new mode of management remains to be determined.

“This case is a great example of why wildlife management is not easy,” Callaghan concluded. “The North American model is extraordinary in that gambling is owned by the people and run in trust by the state, but gambling knows no ownership boundaries. How do we fairly protect public ‘property’ that crosses public and private borders on a daily basis?