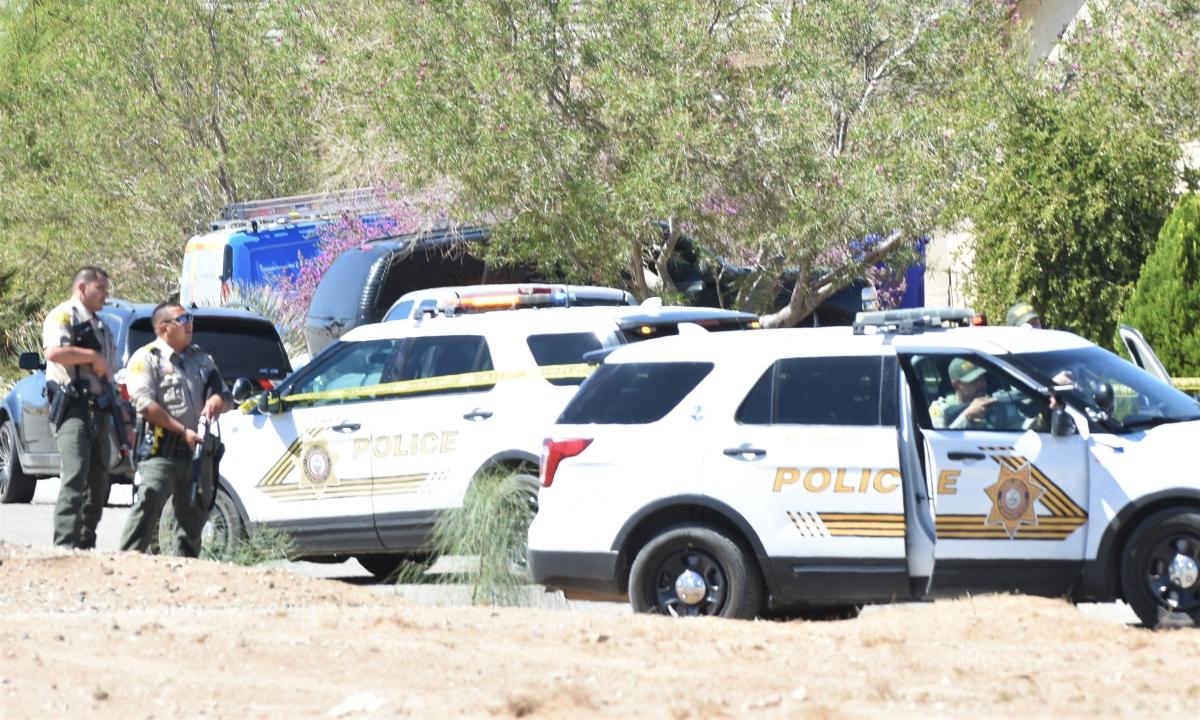 Sheriff’s deputies and a SWAT team surrounded an Adelanto home Sunday morning after responding to a burglary call, but later discovered the residence was empty.

A 911 call arrived just after 9 a.m. for a home in the 14300 block of Rachel Court, according to the San Bernardino County Sheriff’s Department call log.

“Deputies responded to a possible burglary with suspects still inside the home at approximately 9 a.m. this morning,” sheriff’s spokeswoman Mara Rodriguez said. “Announcements from the Palestinian Authority were made for the suspect(s) to come out and they did not comply. Sheriff’s specialist enforcement details were requested at the scene and the investigation is ongoing.”

Witnesses reported that a helicopter was flying over the neighborhood. A Daily Press reporter at the scene saw snipers set up on a nearby rooftop and heard sheriff’s deputies announce over the public address system: “You are considered armed and dangerous to residents, come out with your hands in the air”.

The reporter also saw deputies set off a flash grenade inside the house’s garage.

Nicole Watson said she was living in the house and was at work when an alarm went off. Several weapons were in the house and a shadow was seen on surveillance cameras before she went offline, she said.

Watson added that his house had already been broken into on Father’s Day.

At around 11:30 a.m., Rodriguez said officers were still trying to get the suspect(s) out of the house and added that appropriate security measures were being taken to secure surrounding homes.

About two hours later, the spokesman said deputies cleared the house and found no one inside.

Anyone with information is asked to call Detective J. Dell at the Victor Valley Sheriff’s Station at 760-552-6800. Callers who wish to remain anonymous can call the We-Tip hotline at 1-800-78CRIME (27463) or leave information on the We-Tip website at www.wetip.com.

Daily Press reporter Jose Quintero can be reached at 760-951-6274 or [email protected] Follow him on Twitter at @DP_JoseQ.