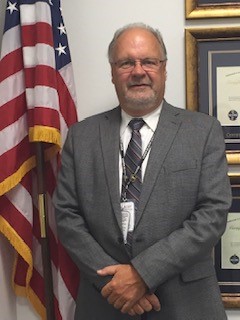 The Wyoming Department of Corrections (WDOC) announced the retirement of Rick Catron, a Brush native and director of the Wyoming Women’s Center, in a press release issued Tuesday, May 31.

Catron began his career at the U.S. Penitentiary in Lompoc, California in 1977. He progressed to positions of greater responsibility while there. He was later transferred to Federal Medical Center in Lexington, Kentucky. While at FMC Lexington, Catron was instrumental in opening and establishing an industrial unit at the United States Penitentiary in Marion, Illinois. It was there that Catron was promoted to a management position.

After working in Washington, DC for four years, Catron was promoted to Superintendent of Industries at the Federal Correctional Institution in Danbury, Connecticut. From Danbury, Catron was promoted to Associate Warden at the Federal Penitentiary Complex in Florence, Colorado. This tour of duty included overseeing the industrial operations of the Super Max, Penitentiary, Medium Correctional Institution, and Prison Camp. It was in Florence in 2005 when Catron retired from the Federal Bureau of Prisons and took a position at Community Education Centers, a private prison, as the Warden of an Adult Community Correctional Center. in Colorado Springs and later from the Casper Re-Entry Center in Casper, Wyoming.

In 2017, Catron retired from the private prison world and was hired as director of the Wyoming Women’s Center. He held this position until his retirement date of Friday, June 4, 2022.

“My career has been a great adventure. I wouldn’t trade it for anything in the world. The people I’ve met and the friends and colleges I’ve made have truly enriched my life. I saved the best tour for my last tour. Working with the staff at Lusk and the staff at our central office in Cheyenne has been a rewarding experience that I will never forget,” said Catron.

WDOC Director Dan Shannon thanked Director Catron for his years of leadership and dedication to the department before wishing him well in his retirement.