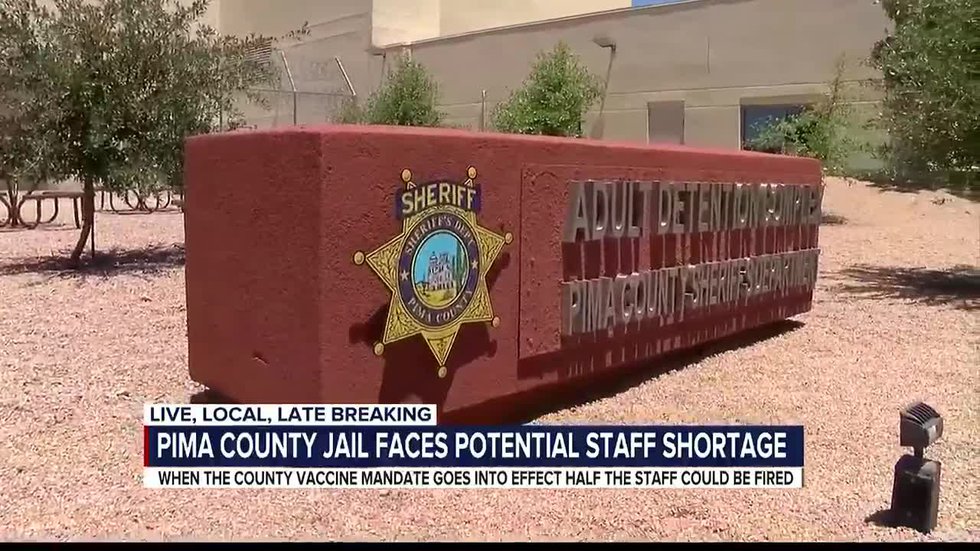 TUCSON, Ariz. (KOLD News 13) — Staffing shortages at the Pima County Jail may be getting worse.

In less than a month, an immunization mandate for the county goes into effect, which could lead to layoffs for nearly half the staff.

“About 158 ​​of 371 were not vaccinated,” Pima County Sheriff Chris Nanos said. “If I lost 158 ​​officers today would it hurt. Of course it would make it difficult and give us challenges to absolutely overcome, could we do that, yes.

“We can’t effectively run the facility with the low staff levels that we are and we certainly can’t run it without 150 officers, that’s dangerous.” Frazier said.

Sheriff Nanos is discussing a series of contingency plans with the Pima County Board of Supervisors to help ease some of the pressure.

According to a memo from the county’s deputy chief administrator to the board of oversight, reducing the prison population safely is being considered.

“I think it would be very scary and a disservice to the citizens of Pima County to let people out of jail in such numbers that it would be necessary to allow this facility to operate on half or less of half of the current job. strength,” Frazier said.

Sheriff Nanos says he doesn’t have the authority to release inmates. It’s up to the courts to decide.

“The community just needs to know that this sheriff will never, ever put them in harm’s way,” Nanos said. “There will never be a decision I make that puts the community at risk.”

Either way, a staff shortage could lead to further burnout.

“There are a number of fully immunized people who will be able to keep their jobs and plan to leave if we lose half the workforce,” Frazier said. “It’s going to be a downright dangerous environment.”

Sheriff Nanos tells us his department will do the best it can with the resources it has. The vaccination mandate for employees who work with vulnerable populations comes into effect in less than a month: January 1.