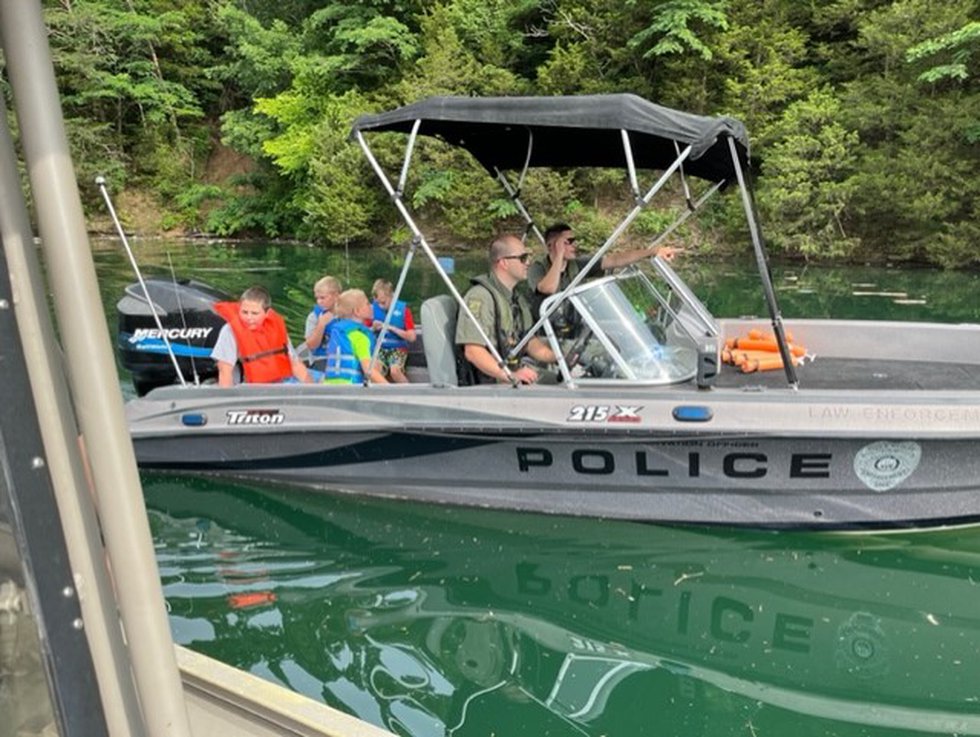 With the help of the Kentucky Department of Fish and Wildlife, deputies took the camp boys out on three patrol boats to look for catfish.

“We are always there to help, so we brought in boats from another lake. They were lucky enough to get in the water, and there were many who said they had never been on a boat before, had never seen catfish. Said conservation officer John Fields.

Campers were also treated to an inflatable slide and pizza.

On Wednesday, the boys’ camp will head to Muddy Boots Stables to ride, and on Thursday they’ll head to Breaks Interstate Park to wrap up their week.

“Three days of fun for the boys and girls who participate. Come alongside us and experience a different side of a law enforcement officer than they would traditionally have access to. Said Officer Aaron Thompson of the Pikeville Sheriff’s Department.

Zach and Gabe are campers who said they caught a large catfish while on the water with officers.

“Big catfish, like in the middle of the lake too. It was also big (hand gesture) and we immediately put it in the…cooler. Zach said.

The Pike County Sheriff‘s Department Girls’ Day Camp will be held next week.

Officer Thompson said they still have a few spots left, so if you want more information on registering your youngster, you can go here.