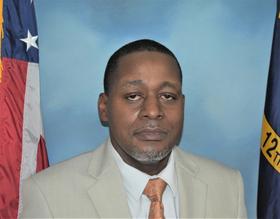 On Monday, the Adult Corrections and Juvenile Justice Division announced that it had appointed Daniel Everett to the position of warden at Pasquotank Correctional Facility in Elizabeth City.

Everett has been Associate Director of Operations for Pamlico Correctional in Bayboro since 2018.

“Director Everett has led a life of service to our prisons and our country,” said Todd Ishee, Commissioner of Prisons. “He has two decades of hands-on experience and worked in the prison he will lead. He is a welcome addition to our team of hard-working guards to protect our communities with care and commitment.

Everett will be responsible for all operations of the prison, which houses men in close and minimal custody. The facility has four buildings including a visitor area, recreation area, dining hall, warehouse, vocational and academic classrooms, medical and mental health offices, and administrative offices.

In Monday’s press release, Everett said its primary goal is to hire and retain quality staff.

“We have jobs for dedicated people who are interested in a career in public service, to protect their communities,” he said. “These are important jobs with an important mission.”

Everett worked in state government for years. He began his career with the Department of Public Safety in 2000 as a Correctional Officer at Pasquotank Correctional Institution. He also worked at Craven Correctional, then moved to Pamlico Correctional and eventually earned the Associate Warden position.

The new director also holds a General Education Training Certificate in Criminal Justice and North Carolina Training Standards, and is an instructor in cell extraction, use of pepper spray and defensive checks, restraints and techniques.

Download the WAVY News app to follow the latest news, weather and sports from WAVY-TV 10. Available in both Apple and google play stores.