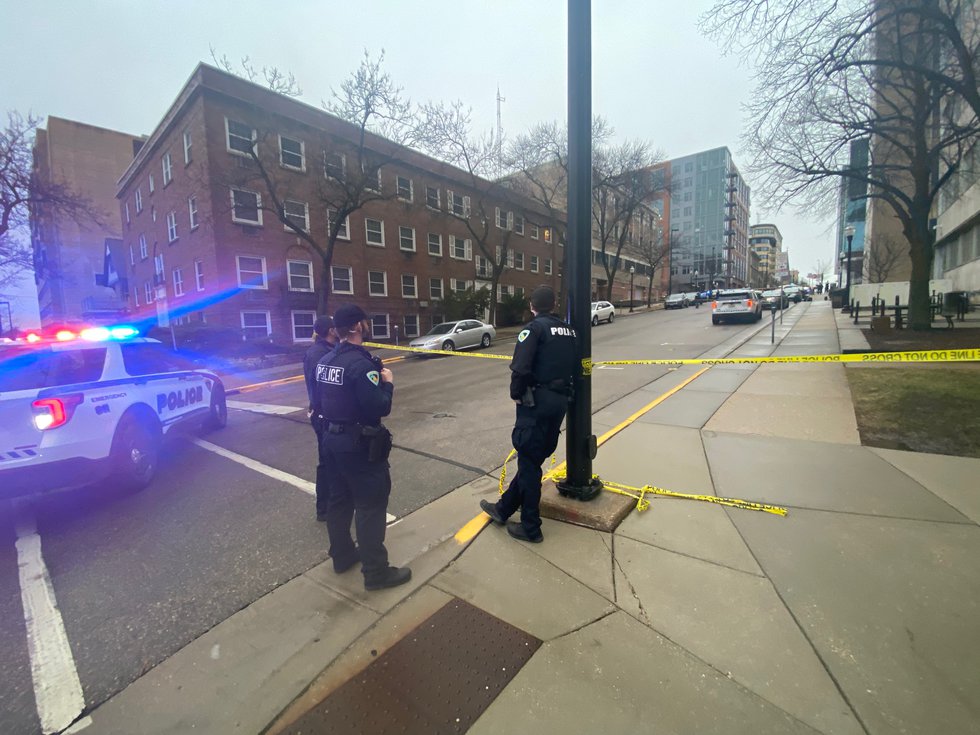 MPD leader Shon Barnes said the victim was a man in his 30s. He was walking down Carroll Street and was shot multiple times. Authorities were able to come to the aid of the victim almost immediately after the shooting and then took him to the hospital where he later died from his injuries.

Two persons of interest were taken into custody on Rimrock Road and John Nolen Drive in Madison near the Alliant Energy Center. Authorities are working to determine if they were involved.

Barnes said it was “very concerning” to him that someone was doing this during the day between the sheriff’s department and the police department.

No officers witnessed the shooting, according to Barnes. An officer was stopping by to work at the department when he saw the victim and attempted to get medical help almost immediately after the man was shot.

Barnes said he was proud of the department Wednesday in its efforts during the investigation. Officers are now working to determine the reason the man was shot and whether it was a targeted shooting.

The name of the victim will be communicated later by the medical examiner. Chief Barnes offered his condolences to the victim and his family.

“The most important thing is that they are comforted in their time of loss,” Barnes said.

This happened just before people left work just before 5pm. No information on the suspect or victim at this time. @nbc15_madison

NBC15 confirmed that the shooting happened before 5 p.m. just before people left work. Many people were still inside the City-County building at the time of the shooting. MPD has increased its patrols in the area.

One person is in the hospital Wednesday afternoon after a shooting outside the Madison City-County building, the police department confirmed.

Residents who live in the building behind the prison said they heard gunshots.

Police are interviewing witnesses to the shooting to learn more about the incident.

🚨We are investigating a shooting that occurred in the 200 block of S. Carroll St. The shooting occurred just outside the Dane County Jail.

1 person taken to hospital with gunshot wounds. Several shots were fired around 5:10 p.m.

No one in custody at the moment. pic.twitter.com/f7XZvMsHRB

The intersection of Carroll Street and Wilson Street is blocked off to Doty Street. Chief Barnes said Carroll Street will be closed later Wednesday night as officers continue to investigate the shooting.

Parts of Rimrock Road are also blocked on Wednesday evening.

The police are asking citizens who have to go to businesses or a building in these two sectors to find an alternative route.

MPD will provide another update on that shoot on Thursday afternoon.