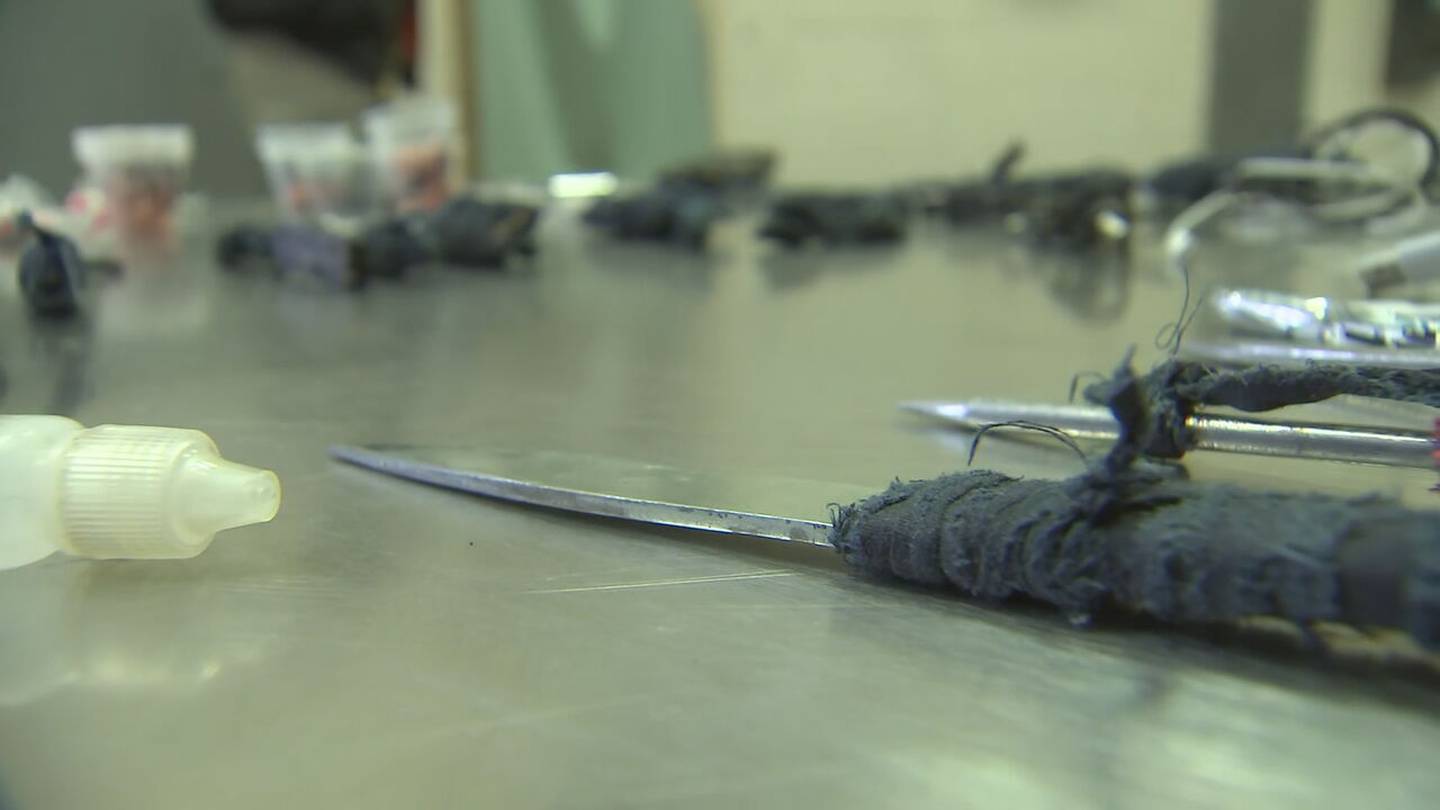 FULTON COUNTY, Ga. — The Fulton County Sheriff’s Office says the jail is falling apart and says contraband they found during a shakedown on Wednesday proves it.

Deputies found nearly 100 homemade knives in the jail during a shakedown on Wednesday morning.

They say most of the knives and rods they found were made from screws or other decaying prison parts.

Channel 2’s Michael Seiden was inside the largest prison in the Southeast and saw the poor condition with his own eyes.

Since taking office in 2021, Fulton County Sheriff Pat Labat said he has been tasked with managing an overcrowded and crumbling jail.

He gave Channel 2 Action News an exclusive look at the issues he’s been documenting for months.

A shakedown inside the jail on Wednesday morning was aimed at detecting illegal items like drugs, cell phones, homemade shanks and knives.

Labat said what makes the 96 shanks found so disturbing is that the crumbling facility gives inmates the means to make these knives.

Just last week, a detention officer was stabbed multiple times by an inmate armed with a hamstring.

“We want to make sure our women and men know they are the most valuable assets we have, and that’s the part that keeps them safe as well,” Sheriff Labat said.

Labat told Seiden that Fulton County commissioners are conducting a feasibility study that he hopes will lead to the groundbreaking of a new facility.