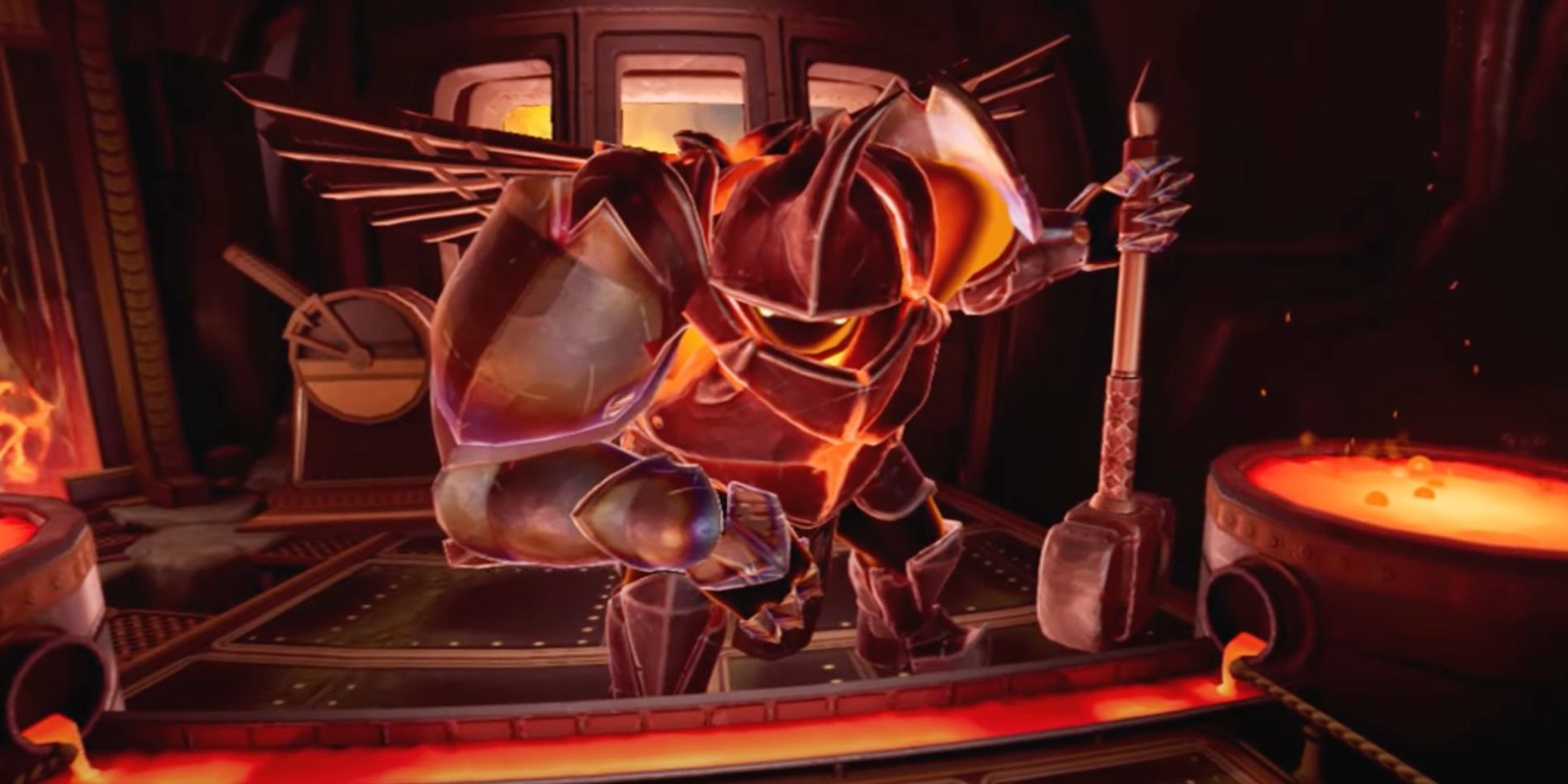 The Guardian can be found at the end of the Foundry in Chapter Five of Moss: Volume 2, and there are a few phases to complete in order to defeat this boss.

There are several challenging boss fights to complete in Moss: Book 2, including the foundry manager. Boss fights can be tricky as Quill and the Reader need to be controlled at the same time to coordinate their attacks. The methods for completing each phase of the Guardian fight may not be clear, but the battle centers around the new hammer Quill obtains by exploring the Foundry.

There are a few steps to complete before the Guardian Arena becomes accessible. Quill will need to find the hammer, then locate two quest items to lower the door. Both quest items can be found by climbing the stairs in the main foundry room. Once every puzzle room and battle challenge in the foundry is completed in Moss: Book 2Quill and the Reader will be ready to take on the Warden.

VIDEO OF THE DAY

Related: Moss: Book 2 – How to Complete the Mountain (Chapter 4)

There are two phases in the Warden boss fight, and the Hammer will need to be equipped for Quill throughout the battle. Winning the fight will require charged hammer attacks, player interaction with the boss, and plenty of dodging for Quill. Each phase of the battle will repeat three or four times, so players should be prepared to heal Quill if she gets hit in order to avoid starting over.

How to Break the Guardian’s Hammer in the Moss: Book 2

After the brief cutscene where the Guardian enters the arena, the boss will start waving his hand over Quill in Moss: Book 2. Players will need to run to avoid being hit when the keeper snaps their hand. After a few hits, the keeper will drop his hand for a few seconds, but he can only be hit with a charged hammer attack. To complete this phase, players must summon a Charged Hammer, keep Quill close to it to pull the Guardian in, then activate it when the hand stays down.

After a few hits, the Guardian’s hand armor will break, then phase two will begin. While the Warden is heating up the hammer, a few small enemies will spawn for Quill to fight through during this tough boss battle. Once the wave of enemies is cleared, the guardian will turn around and swing the hammer down. A ring of fire is produced each time the hammer hits, so Quill will have to jump over it. When the hammer remains on the ground, there will be three rings of fire to jump.

After dodging the third ring of fire, a handle will appear above the hammer. The reader must grab the handle to expose the spheres on the sides of the hammer. Quill can then attack the spheres while the player is still holding the weapon. After Quill destroys both spheres, phase two will repeat once more. When the keeper goes down, Quill must approach the hammer to trigger the final strike sequence. With the Guardian defeated in Moss: Book 2Quill can climb the hammer and exit the foundry through the opening in the back of the arena.

Next: Every major change between Moss & Moss: Book II

Moss: Book 2 is available for PSVR and Meta Quest 2.

Jamie K. Russo is a Senior Writer for Screen Rant who has been writing reviews, guides, and features for the games section since 2021. She holds an MFA in Creative Writing and a BFA in Computer Animation from the Full Sail University. Jamie is an avid gamer with a particularly strong love for action-adventure and horror games. She started playing video games with her family when she was three years old and has let her love for them guide her ambitions ever since. Jamie has always loved games and is obsessed with finding every collectible and easter egg to find. She grew up on Long Island but has since moved to a rural part of Pennsylvania where she happily resides as a cat player. Alongside her work at Screen Rant, Jamie is a published novelist, screenwriter and future short film producer who plans to continue sharing her creative visions with as many people as possible.