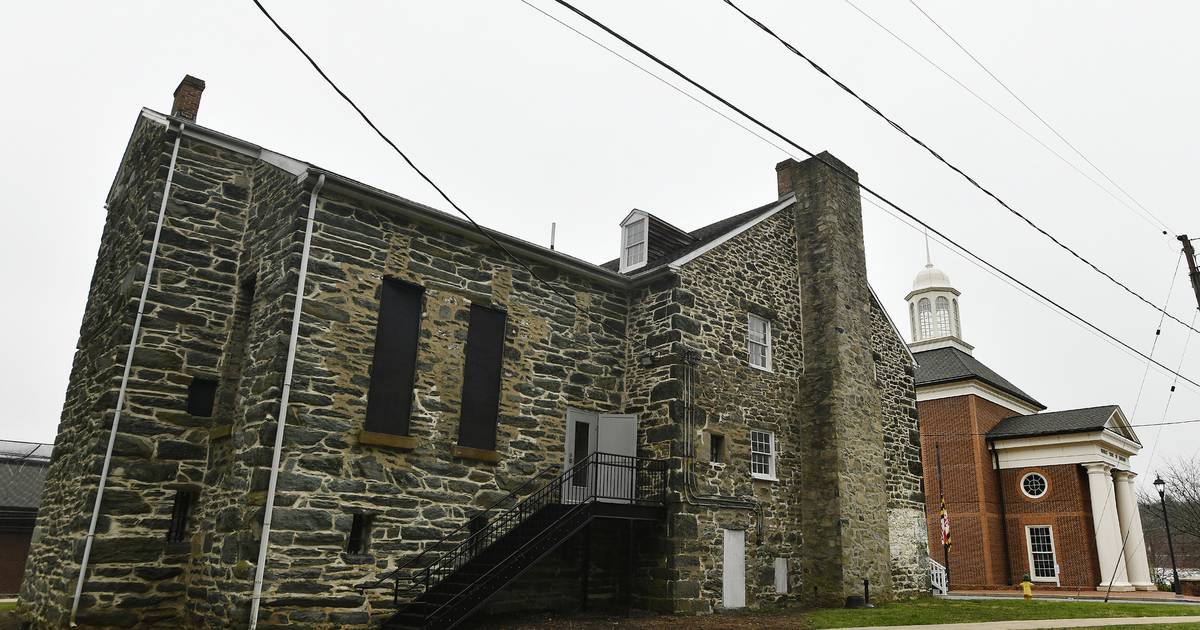 On March 24, 1887, the Carroll County Democratic newspaper reported that “Monday afternoon a plan for the escape of several prisoners was discovered by Sheriff Lynch in time to prevent a general jail.” [escape] … Cheerfulness and joy, singing and dancing during the evening, for ten days have been the rule of the prisoners.

Apparently all the noise the prisoners made was to cover up their wrongdoing. After “careful examination”, the sheriff found that in “cell No. 12…the iron window bars had disappeared and had been replaced by brooms, blackened with charcoal”.

Most people are familiar with the current Carroll County Detention Center located at 100 N. Court St. in Westminster; However, when I was growing up in Westminster, the ‘prison’, as it was then called, was located right next to the current detention center in the large stone building.

The “jail” dates back to 1837, when, immediately after the county was formed, the state required the county to build a courthouse, a “hospice” and a jail.

In November 2007, historian Mary Ann Ashcraft wrote an article for the Carroll County Historical Society in which she reports that she finds that the historic jail “situated on its original site on North Court Street, Westminster”, East “[o]ne of Carroll County’s most fascinating old buildings.

She is not alone in this opinion.

According to Ashcraft, “The massive 3-story structure still looks intimidating with its iron-barred windows and thick stone walls towering over the viewer who wanders around it today. About a year after the prison was completed, a wall 17 feet high and 2 feet thick was added to surround the prison yard, and in 1874 a gallows was erected in a corner of the court. Both [the] wall and [the] the gallows would undoubtedly have made the whole complex even more impressive for anyone receiving a sentence. The dark green stone for the prison and wall is said to have been quarried at the site, although no quarry pits are visible today.

According to a 1993 article by historian Joe Getty, “The wall was torn down in 1912 when a major prison improvement project was completed.”

“A huge fire in May 1882 nearly destroyed the building which was already considered to be in poor condition,” according to Ashcraft. “Several prisoners had escaped and there were rumors of the construction of a new prison. However, the Carroll County Mutual Fire Insurance Company decided she should be repaired rather than pay the amount she was insured for and she continued to serve the county for nearly 90 years.

Ashcraft reported that while the prison was originally under construction in 1837, the Carrolltonian newspaper for December 1, 1837 wrote of an escape: “[While] One of the rooms in the debtor’s apartment [was] being finished… [the prisoners] were placed there and remained there until Wednesday evening, when they escaped by forcing the top of the iron screen door wide enough to allow them to squeeze through; and as no one occupied any other part of the building, and the outer doors were unfinished, they went out and fled.

“During this period, men could be imprisoned for debt while women had been excluded from prison sentences by an act of 1825. A man remained in prison until he paid his debt or found serfs who guarantee it to its creditors. This misguided practice, which Charles Dickens mentioned frequently in his novels, was abolished in 1851.

Receive the main news and sports headlines of the day.

“Over the years the prison has housed prisoners of all kinds, from simple debtors to thieves and murderers. A few hangings have taken place in the yard. Although officially closed as a prison around 1968, the building was used for other purposes as the teen center and home of Junction, Inc.

If you don’t know Junction, it was a local non-profit agency for drug prevention and outpatient drug treatment. A month after its incorporation, on December 6, 1971, it opened in the historic Carroll County Jail on Court Street in Westminster. Quite frankly, I served on Junction’s board of directors for many years. Junction lost funding in 2012 and closed.

In 1887, there were 30 prisoners in jail for various offences, ranging from breaking into railroad cars to stealing clover seeds. The old prison was replaced in 1970 by what was then called a “lock”, which could accommodate 16 prisoners. After additions in 1985 and 1999, the current 24,780 square foot detention center provides the opportunity for “merriment and joy” to approximately 287 revelers.

Many thanks to Mary Ann Ashcraft and Judge Joe Getty for their contributions to this fascinating part of Carroll County history.