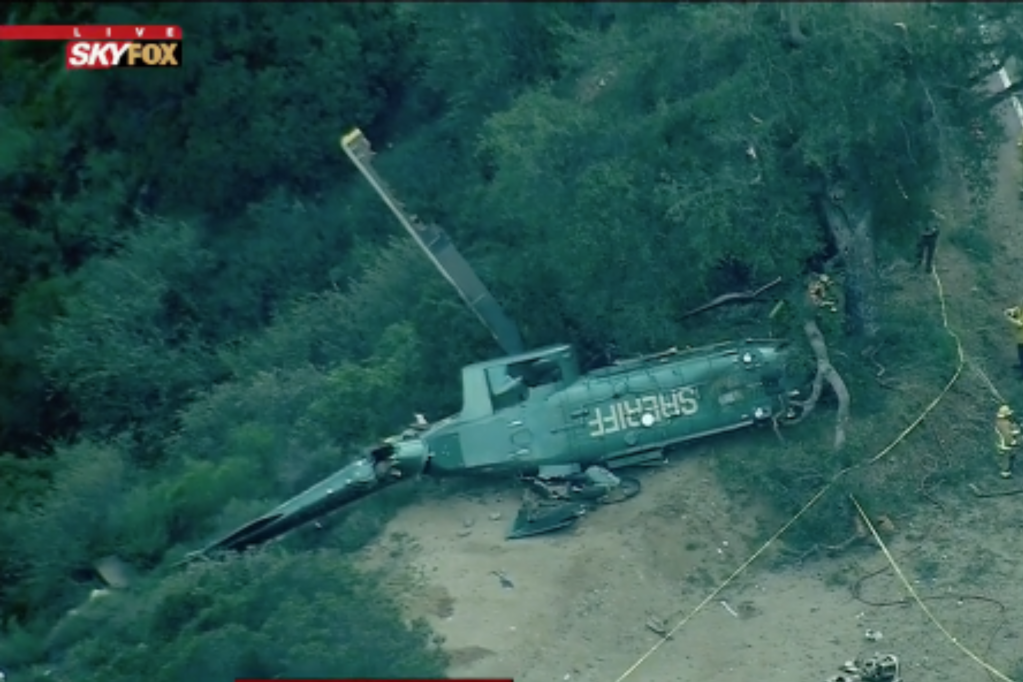 A Los Angeles County Sheriff’s Department rescue helicopter crashed on Saturday afternoon while responding to a call – but everyone on board miraculously survived.

The helicopter, carrying five deputies and a medic, crashed in the San Gabriel Mountains shortly before 5 p.m. local time, according to the Los Angeles Times.

The six passengers were reportedly taken to hospital for treatment.

“They are in stable condition, some more damaged than others, but grateful to be alive,” Sheriff Alex Villanueva reportedly said.

The result was “nothing short of a miracle”, he said.

The rescue helicopter had been dispatched to airlift a passenger injured in a car crash, according to the report.

The crew had “saved thousands of lives over the years” navigating the county’s tight canyons and harsh topography, the sheriff reportedly said.

It is not known what led to the accident.

A Los Angeles County Sheriff's Department helicopter crashes with six people on board. All should survive