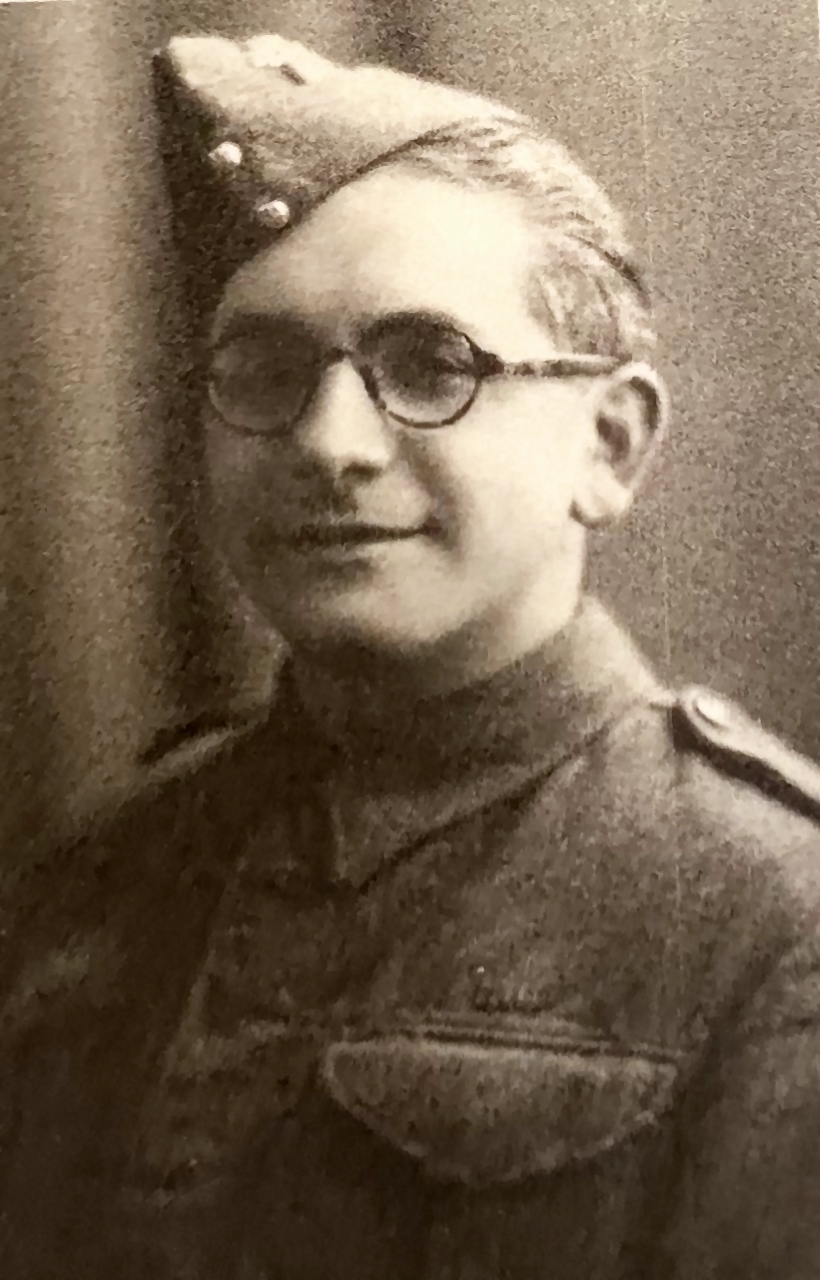 BOYNTON BEACH, Fla. — I had never heard of Barnett Lewis. As an American, why should I? Today, too many Britons, Jews and non-Jews, don’t know Lewis’s story either.

Memory fades. In Britain and the United States, like a phoenix of evil, old fake and anti-Semitic ducks are reappearing. A running canard is that Jews do not expose themselves and themselves to danger. They let others take the risk.

Martin Sugarman is the President of JASHP, the American Jewish Society for Historic Preservation, UK Branch. He is an educator, an accomplished author of numerous books and articles on British Jewish history with a focus on the British Jewish experience in World Wars I and II. He is the highly respected archivist of the (British) Association of Jewish Veterans.

Martin and I work very well together. We understand the risks of forgetting, the danger of not confronting hatred. Together we implement the motto of JASHP, Shaping the future by remembering the past.

Some confront the oldest hatred in the world, anti-Semitism, by making films. Others write books, letters to the editor, create websites, and teach zoom classes.

JASHP creates visible and permanent historical markers that reflect the contributions of Jews to their community and their country. The markers will do their job for decades, probably longer.

I once made a marker in Keokuk, Iowa, the site of the first permanent Jewish House of Worship in Iowa. The next morning I got up to look at the marker in front of the courthouse. A young woman, with a baby on her hip, stood in front of her and read the story.

She turned to me and said, “I didn’t know there were Jews here. The Jews had long since left Keokuk. The marker did and will do its job, affirming Jewish historical legitimacy and presence.

Martin shared with me the story of Barnett Lewis for a potential project. He summed it up in a powerful way that could not be denied or misunderstood on either side of the Pond Jewish experience.

“So it was that a Yiddish boy of barely a generation, of poor Russian-Jewish immigrant parents who spoke no English, was decorated by the King of England with one of our highest honors for bravery. .”

Lewis was a good story, an important story to remember.

Barnett Lewis was born in Stepney, April 7, 1912. Stepney is part of the East End of London. In 1912, Stepney was desperately impoverished, overcrowded and very Jewish, like New York’s Lower East Side.

Lewis, his name has been anglicized, was born to Yehuda Karbatznick and his wife Chaya. Of the Karbatznicks’ eight children, Barnett was the only boy. The family were desperately poor, deeply religious Yiddish-speaking Jews who had fled Dokshitsy, near Minsk in Belarus because of horrific anti-Semitism. Their London home had no running water, gas or electricity. An earthen closet was their only toilet.

As the dark clouds of fascism loomed and war became a reality for Britain, Lewis, like the Jews of Britain, volunteered to serve in any way he could. . By 1940 he was considered too old for the regular army.

He joined the ARP – the Air Raid Precautions Service as Director of Civil Defence.

The German Blitz, the Nazi saturation bombing of London designed to shatter the souls and spirits of the British, was in all its murderous wickedness.

On September 23, 1940, German bombs slammed into a residential pub in Manor Park, Newham, a few blocks from where Lewis was stationed. Beneath the pub was a bomb shelter with 60 people trapped inside. The building burns, collapses. A water main burst. The basement shelter was flooded, threatening to drown survivors.

Lewis and a colleague ran to the site.

The London Gazette reported the story.

“A large HE bomb fell on three stores under which were two public shelters containing more than 60 people. The roof of the shelter collapsed. The bomb also caused a water main to burst which flooded them to a depth of about two and a half feet before they could be extinguished. Those uninjured were quickly pulled out, but one man was trapped and in danger of drowning, while four other men were pinned by the legs.

Lewis waded through the water to the first man and found he was stuck with large pieces of brick and wood; (he) lifted the dangerous roof and, by dint of force, pushed back the masonry. he then found that the wood was still holding the man back. He crawled back and got a saw with which he cut this, freeing the man just as the water reached his head. Lewis undoubtedly saved his life.

Lewis, although still in danger to his own life, repeatedly returned to the burning building as it crumbled around him to save several people. 32 people had been killed. 28 would be saved.

Lewis was commended for the George Medal, GM He is second only to the George Cross, the equivalent of the US Congressional Medal of Honor.

To his surprise, for doing what he only felt was his duty, Lewis was presented to the King of England at Buckingham Palace. The King personally pinned the George medal on him.

Lewis joined the regular army and was posted as a weapons instructor attached to the Royal Fusiliers and Middlesex Regiments at the Machine Gun Training Centre. Always modest, he would not wear his GM ribbon. He was ordered to do so by his commanding officer as an example for the young men he trained. 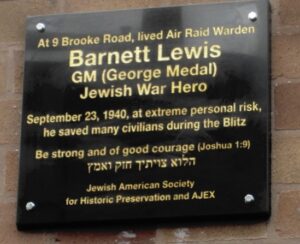 The marker text reads as follows:

The Lewis Historic Marker Project is the tenth in a series of British Jewish Historic Markers that have been created. These are direct rebuffs to the growing anti-Semitic sentiments that denigrate Jews in the UK and around the world.

Other projects are in development.

Jerry Klinger is the president of the Jewish American Society for Historic Preservation. www.JASHP.org

Rifles donated to the sheriff's department