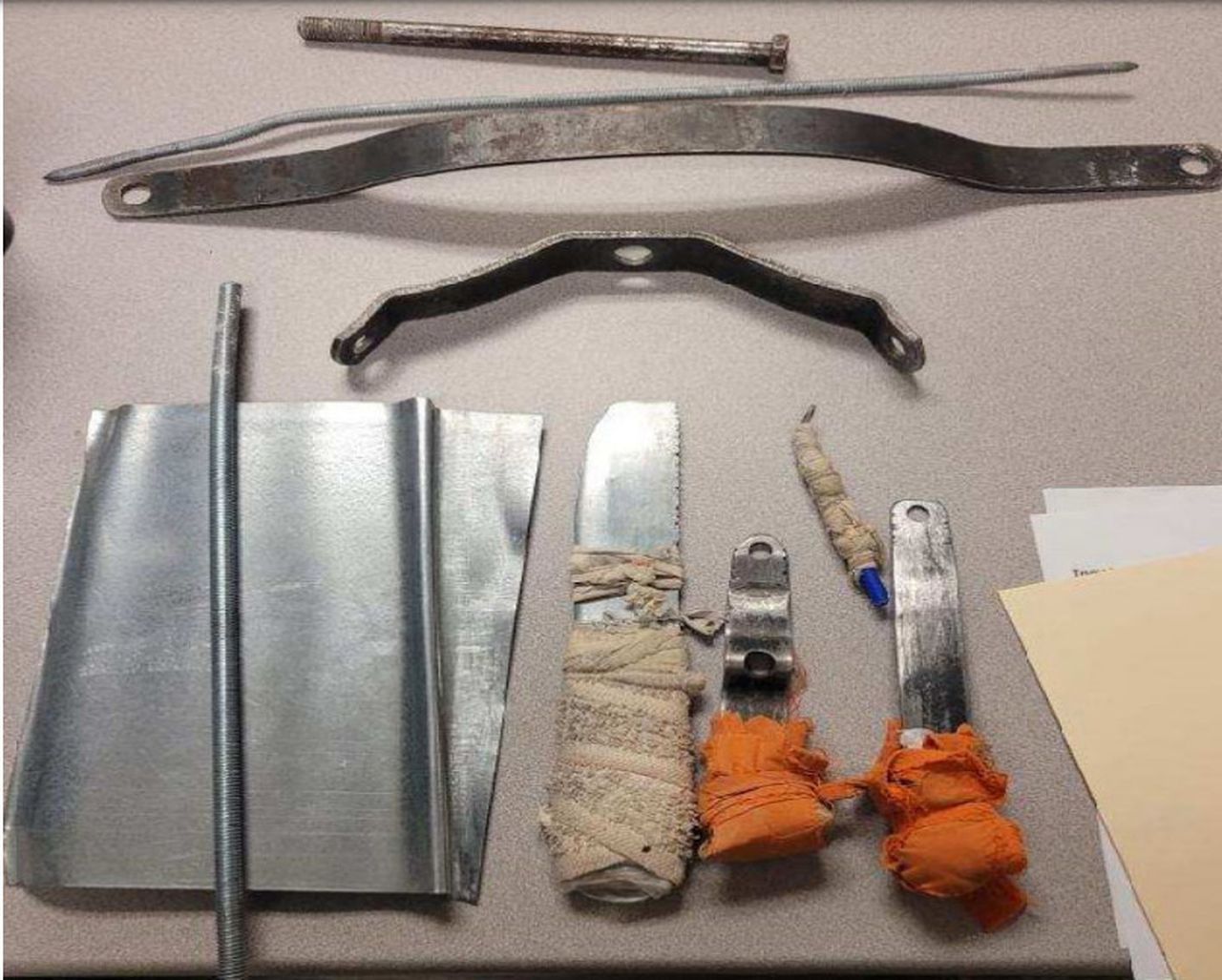 NEWAYGO COUNTY, MI – One of three federal prisoners charged with conspiring to escape from the Newaygo County Jail has been acquitted after a jury trial.

Victor Lamont Garcia was found not guilty last week during a trial in US District Court in Kalamazoo.

Two others – Timothy Mark Calicutt and Jaron Howard Morgan – have previously pleaded guilty to charges and are awaiting sentencing. Federal prosecutors said the defendants, over the course of a month, made tools to enter a locked service hatch, or attic, and open a hole in the ceiling of their cell.

The alleged plot began on September 28 and ended on October 24 when prison officials uncovered evidence of an escape.

Garcia had served an eight-year prison sentence for being a felon in possession of a firearm when he was arrested last fall for allegedly violating the conditions of his supervised release.

Garcia’s attorney argued that Calicutt forced his client’s involvement — Garcia allegedly held up a blanket to cover up what the others were doing — after a fight.

“Defendant Calicutt threatened to physically harm defendant Garcia, forcing him to assist the other defendants in their escape plans,” Lansing’s attorney, Brendon Basiga, wrote in a brief.

A federal prosecutor said the defendants tried to escape by punching holes in ventilation ducts and an exterior brick wall.

The effort ended Oct. 24 when a sheriff’s deputy heard tapping near a cell.

Another deputy watched security video that showed Garcia holding a blanket on the upper mezzanine as an inmate descended from a hole in the ceiling, Assistant U.S. Attorney Jonathan Roth wrote in a trial memoir.

“The ductwork above the ceiling was badly damaged and a hole was punched through the brick wall exposing the rebar inside,” Roth wrote. “The other side of that wall was a roof, outside the prison.”

Calicutt, Morgan, and state-held prisoners entered the ceiling through a trapdoor or hole. Several times Garcia held up a blanket to obstruct the view of the camera, the prosecutor said.

Garcia was cleared of both counts.