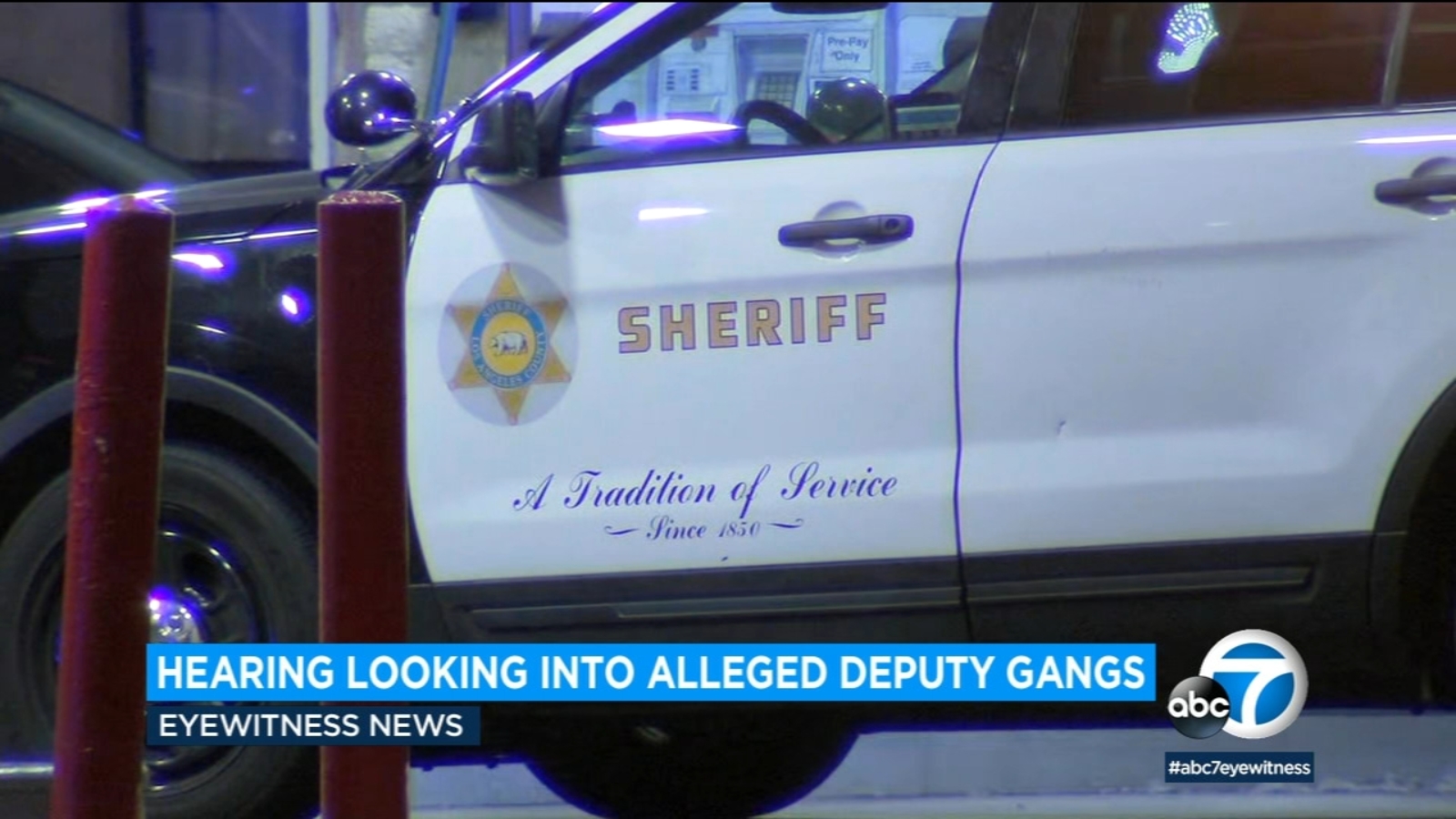 LOS ANGELES (KABC) — The civil commission that oversees the Los Angeles County Sheriff’s Department opened hearings on Tuesday into alleged gang deputies. Witnesses told them that gangs exist and have a lot of power within the department.

For 50 years, investigators, families and people from the Los Angeles County Sheriff’s Department have accused deputies of forming gangs for status and timing, glorifying a challenge that breaks the chain of command.

Testimony indicates that all members are male and none are African American.

Membership is marked by tattoos, often of skulls and guns. The Banditos include sombreros. A smoking gun, Huntsman said, is anecdotally known to represent an officer who killed someone while on duty.

About half of those in the room on Tuesday lost someone in a police shooting, including Stephanie Luna, who shared public comments on behalf of her nephew Anthony Vargas.

“People aren’t afraid to come forward,” Luna said. “The Inspector General isn’t afraid to challenge the Sheriff’s Department and that’s something we’ve needed all along.”

READ MORE: Autopsy report reveals East LA man was shot 13 times in the back by deputies

She told us that her family’s civil case was still pending. So far, the county has paid out more than $50 million in settlements to other families over MP gangs.

In his testimony, Huntsman accused the department of a cover-up.

He referred to a brawl in 2018 where Banditos members assaulted co-workers at a work party.

In the internal investigation log, the investigator says the captain told him he “didn’t need to ask about subculture groups” at the East LA station. And so he didn’t.

LASD Lt. Larry Waldie also testified, focusing on the executioners at the Compton station where he was a captain from 2018 to 2019.

He described one of his colleagues as a so-called “caller” who was calling the shots. When that co-worker didn’t get what he was asking for, he triggered what’s called a work slowdown.

“Only taking service calls and when you take service calls, you ensure your service is diminished by longer response times for non-priority calls, non-emergency calls, as well as no-presence policing and rising crime,” Waldie said.

The evidence presented showed that crime had increased in Compton over the same period as the downturn.

What the evidence could not show was the background of current Sheriff Alex Villanueva.

The commission asked him to testify, to which his office replied that he could not be present.

ABC7 spoke with the sheriff later today on Tuesday. The invitation and its timing were irrelevant.

“Imagine this, it’s two weeks before the election and they’re having political kabuki theater,” Villanueva said.

Minecraft Warden: Everything you need to know (May 2022)