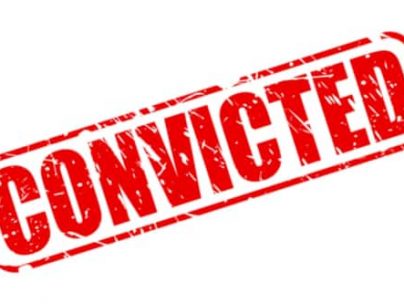 The jury convicted Matthew Ware, 53, of willfully depriving two remand prisoners of their right to be free of a prison officer’s willful indifference to a substantial risk of serious harm and of willfully depriving a third inmate remanded the right to be free of a corrections officer’s excessive use of force. He was taken into the custody of the US Marshals Service yesterday after the jury delivered its verdict.

“This senior corrections official had a duty to ensure that the civil rights of remand prisoners in his custody were not violated,” said Assistant Attorney General Kristen Clarke of the Department of Justice‘s Civil Rights Division. Justice. “The defendant abused his power and authority by ordering junior prison officers to violate the constitutional rights of several remand prisoners. The Civil Rights Division will continue to hold corrections officials accountable when they violate the civil rights of inmates and inmates.

“Criminal conduct by any corrections employee violates the public trust and unfairly tarnishes the reputation of all corrections officials who honorably perform their important work every day,” said U.S. Attorney Robert J. Troester for the Western District. from Oklahoma. “This verdict demonstrates our continued commitment to protecting the civil rights of all Oklahomans, including those in custody. I salute the outstanding work of Assistant U.S. Attorney Julia Barry and General Counsel Laura Gilson, who vigorously pursued this case, as well as FBI special agents and other law enforcement officials who conducted this investigation.

“Preserving civil rights and investigating violations of the color of the law are of the FBI’s highest priority,” said Special Agent in Charge Ed Gray of the FBI’s Oklahoma City Field Office. “If we don’t hold accountable our own law enforcement officials, those who are sworn to protect and serve, what hope will the American people have?” Mr. Ware’s actions were unconscionable and outrageous, especially given his leadership role. His conviction is a quick reminder that no one is above the law.

Evidence and testimony also revealed that on January 31, 2018, when Ware was acting captain of the KCDC, he ordered a lower-ranking prison officer to restrain another remand prisoner, Christopher Davis, in a prone position – with Davis’ left wrist restrained to the far left of the bench and his right wrist restrained to the far right of the bench – in retaliation for Davis sending a memo criticizing the way Ware was running the KCDC. Davis was held in this position for 90 minutes, resulting in physical injury.

Ware faces a maximum sentence of 10 years in prison, three years of probation and a fine of up to $250,000 for each offense. Sentencing will take place in approximately 90 days.

The case was investigated by the FBI Field Office in Oklahoma City. Assistant U.S. Attorney Julia Barry of the Western District of Oklahoma and Trial Attorney Laura Gilson of the Civil Rights Division sued