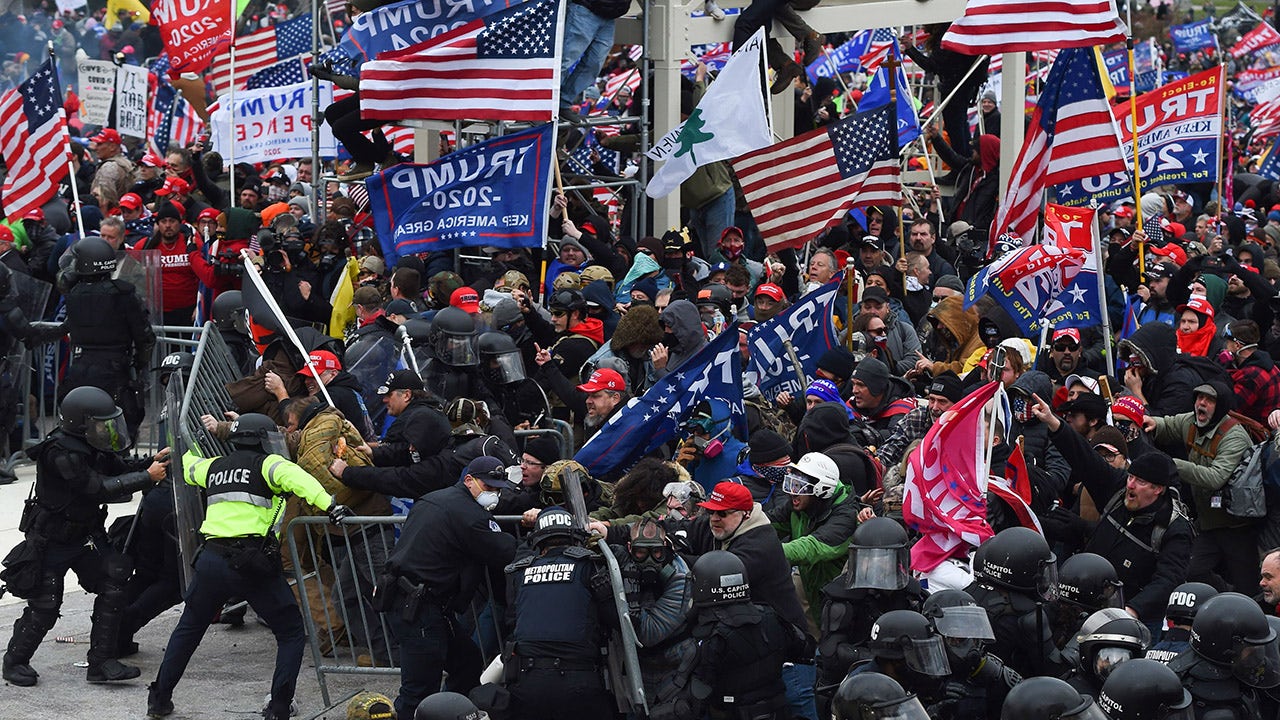 A federal judge on Wednesday found the superintendent of a DC prison and the director of the DC Department of Corrections in contempt of court and called for a Justice Department investigation into whether the prison violated the defendants’ civil rights of January 6. .

“For the reasons set out in open court, DC Prison Warden Wanda Patten and DC Department of Corrections Director Quincy Booth are found to be in civil contempt of court,” the statement said. U.S. District Judge Royce C. Lamberth of Washington. ruled Wednesday. “The Clerk of the Court is directed to forward a copy of this order to the Attorney General of the United States for a proper investigation into the potential civil rights violations of the defendants on January 6, as exemplified in this matter.”

TUCKER: WHAT REALLY HAPPENED ON JANUARY 6

“I find that the defendant’s civil rights have been abused,” Lamberth, a Reagan appointee, said during the hearing. “I don’t know if it’s because he’s a January 6 defendant or not, but I think this case should be referred to the United States Attorney General for a civil rights investigation to determine if the DC Department of Corrections is violating the civil rights of the January 6 defendants…in this case and possibly others.”

Christopher Worrell, the defendant in the specific case who is charged with multiple crimes related to the Jan. 6 riot, is being treated for non-Hodgkin’s lymphoma and contracted the coronavirus in prison. Worrell broke his hand in prison in May and was recommended for surgery in June, but in August his lawyers said prison officials failed to treat the injury and provided only Tylenol and other anti-inflammatories.

The judge’s decision in Worrell’s case comes after he discovered there was more than an ‘inexcusable’ delay in the handing over of medical documents by prison officials.

After the judge learned last week that the operation still hadn’t taken place, he ordered the prison system to turn over notes to the US Marshals Service – because Worrell is a federal inmate housed in the local jail – so that the Marshals Service can go ahead and approve the medical procedure. But on Tuesday, the jail had still not sent the records, and the judge ordered city jail officials to appear in court for a contempt hearing.

A prison lawyer had argued that they had worked to put the records together to comply with the court order before the contempt hearing was held.

“He needs an operation. He didn’t have it,” Judge said.

The judge had separately chastised city officials for reducing the number of rooms in the jail for virtual court visits and for sending an inmate to his court a few weeks ago when they did not have the results of a coronavirus test, claiming that “incompetence by prison officials” led to the prisoner being dismissed from court without appearing before a judge.

Supporters of the imprisoned in Washington organized a rally on September 18, where they sought to highlight what they said was the disturbing treatment of suspects behind bars.

A federal law known as the Institutionalized Persons Civil Rights Act — commonly known as CRIPA — allows prosecutors to examine the conditions of jails, jails and other government-run facilities to identify whether there is a systemic pattern of civil rights abuses or violations.

A Justice Department spokeswoman confirmed to Fox News that she had received the referral but had no further comment.

Associated Press contributed to this report