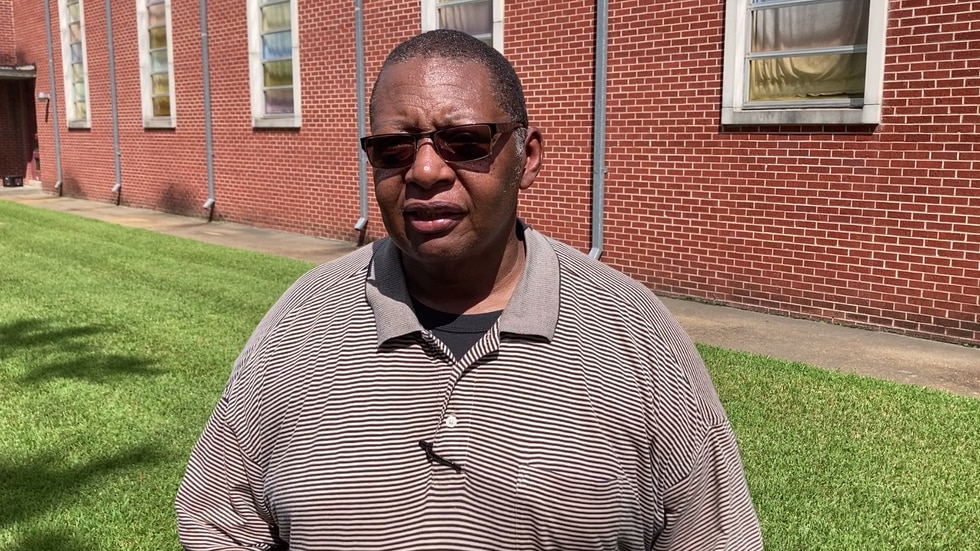 On Friday, Crisler said he was changing the policy after it was discovered that Board Chairman Credell Calhoun had ordered an inmate to be moved to the prison’s lower-security work center, although that inmate is not qualified for the move.

“The previous administration had a relationship with the board of supervisors where the chairman of the board can make a phone call on behalf of a constituent so the inmate can be relocated,” Crisler said. “It’s not uncommon…but it’s not a policy I support.”

Eric Wall, who says he resigned Sept. 3, served under late Sheriff Lee Vance, and former Sheriff Tyrone Lewis, who served from 2012 to 2016, says supervisors were never allowed to run the detainee transfers and would not have been allowed even if they tried.

“That policy was not put in place in my administration,” Lewis said. “I do not know where it comes from.”

Lewis likened the board of supervisors to an owner, who was responsible for maintaining a facility but could not direct the activities inside.

Wall also denied that supervisors can direct inmate transfers. “Totally inaccurate. Either this is a situation of incompetence or a situation where the person who is the acting Sheriff of Hinds County simply has no idea what is going on.

Wall served as chief deputy under the late Sheriff Vance, who died of COVID-19 in August. Wall then served as acting sheriff until Crisler was named to the acting position in mid-August.

He was placed on administrative leave by Crisler in late August and is now running against Crisler to fill out the rest of Vance’s term.

A special election is scheduled for November 2.

Regarding the inmate transfer policy under Vance, Wall said no inmate would be moved unless they met certain criteria and that supervisors were not involved in the process in any way.

“We had measures in place. We had protocols in place,” he said. “We would contact the prison administrator or deputy prison administrator, and in turn they would contact the lieutenant in charge of the particular area (where the inmate is housed), and they would check their background to see if they ( were) eligible to move… I couldn’t move anyone.

Of course, administrators would review an inmate’s charges, bail amounts, and whether they had any behavioral issues. In addition, they would review the inmate’s medical condition and whether he needed ongoing police protection.

“The work center is an open bay, so there’s very little protection in an open bay community,” Wall explained.

Wall and Lewis said no supervisors ever contacted them about the transfers, and they were unaware of any supervisors contacting the prison directly.

“All of our inmates have been classified and we kept them under their classified position,” Lewis said. “Transfers were not common and supervisors were never involved.”

Documents obtained by WLBT show that Calhoun had ordered prison administrators to transfer inmate Miguel Forbes to the labor center.

The September 16 order was approved by Hinds County Jail Deputy Administrator Travis Crain, but comments show Forbes “did not meet classification criteria” for the move.

He had previously been convicted of selling marijuana in Rankin County, but served his sentence in 2017, according to the Hinds County District Attorney’s Office.

Calhoun denied ordering jailers to move Forbes. “I don’t order anything from the prison,” he said.

Calhoun says he made the request after being contacted by Forbes’ family. He said the family had asked if the inmate could be transferred to the labor center so he could start paying the fines.

“I thought it was a really good deal for Hinds County because we’re really overcrowded at the detention center,” he said. “We are trying to do everything we can to ease our burden. And we’ve had quite a few COVID cases, so we’re trying to keep that number down as much as possible. »

In July, a major outbreak was reported at Raymond’s detention center and work center. At one point, 65 inmates and 14 staff had tested positive for the virus.

“Mr. Supervisor, you should know better than anyone that the work center was the central accommodation for all of our inmates with COVID,” he said. “Why would we move anyone there? if we have COVID in this building?That’s just not true.