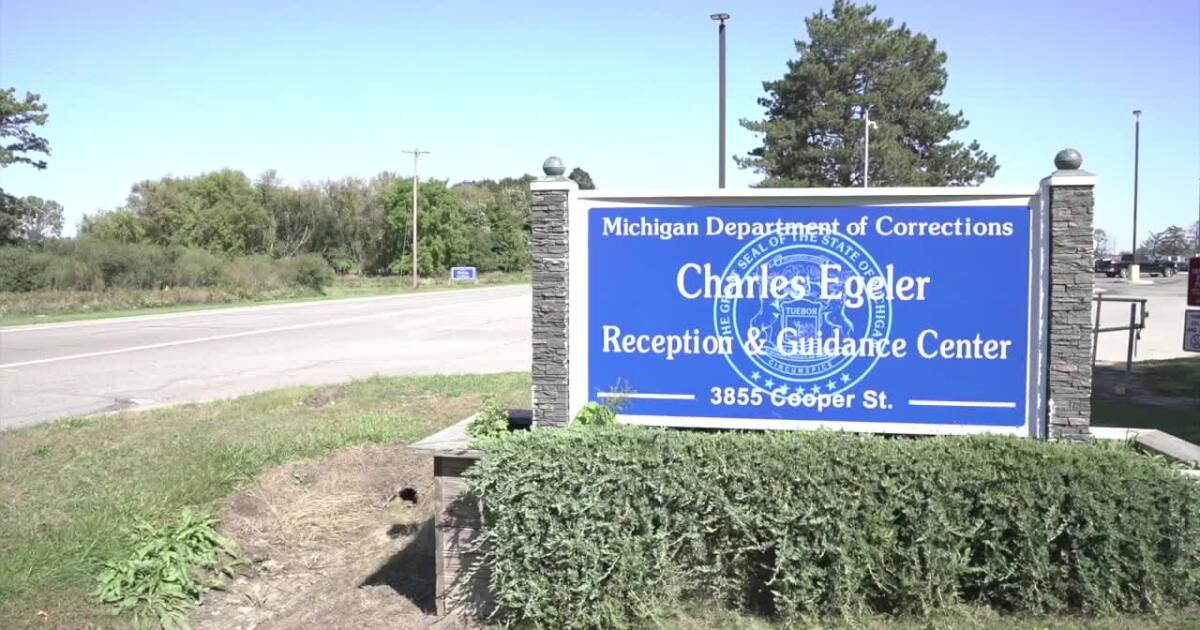 JACKSON, Mich. — A deputy director of the Charles E. Egeler Reception and Guidance Center near Jackson is suing the Michigan Department of Corrections, alleging age discrimination and cronyism.

Kim Cargor, 61, was hired in October 1985 as a corrections officer.

Over the next three decades and at seven different institutions, she rose through the ranks to assistant warden and spent six months as acting warden.

But in a lawsuit filed in March in Washtenaw County Circuit Court, her attorney Jon Marko says she has been passed over for promotions since.

“You can maybe explain in a way a unique piece here or a unique piece there,” he said. “But, when there is a pattern of practice of this type of behavior and conduct by corrections, it happens over a long period of time, and you have historical and systematic discrimination going on, we think it violates this law.”

In 2015, she applied to be the senior director of the Egeler reception and guidance centre. The department went elsewhere and hired a younger man.

According to the official complaint, Cargor had 20 years more experience than Jeremy Bush, the man who got the job. Before his promotion, Bush spent a year at the rank of inspector while Cargor had been deputy director, three levels higher, for 11 years.

According to the complaint, it would happen again. Five more times.

Each time she applied, she was interviewed, but the department chose someone younger with less experience.

“I think she struggled with it for a long time because she saw a kind of cascade of opportunity slipping through her fingers,” Marko said. “It became clearer to her over time that it wasn’t because she didn’t deserve those positions, it was for discriminatory reasons that she wasn’t getting those positions and I think she had hard to give up and retire early or to do something about it.

From September 2020 to April 2021, Cargor held the position of acting director at the Egeler reception and orientation centre. Bush had been promoted in October 2020, leaving a vacancy.

In April 2021, the complaint states that the department did not post the vacancy and appointed a white male to the post, firing Cargor as deputy director.

“Miss Cargor was off the charts on all these signposts that the Correctional Service indicated they coveted or wanted for this type of position,” Marko said.

The complaint states that she never received a negative performance evaluation or any disciplinary action against him.

“In over 30 years that she has worked there, she hasn’t complained,” Marko said. “It wasn’t a decision she made lightly, but it’s not just about her, it’s about ensuring that in her final years of career at the Michigan Department of Corrections, maybe she can make a difference so that this doesn’t happen to other people moving forward.

Cargor believes the discrimination stems from systemic cronyism within the department. His attorney says it’s not just his perception.

The complaint states that the department employs 30 senior executives; 23 are white, 19 are male, of which 16 are white. Only one is a black woman.

“A lot of these decisions are made behind closed doors. There’s a screening process,” Marko said. “So on paper they’ll say it’s a fair and neutral process that has all of these checks and balances when in reality many times , someone has already made a decision behind closed doors and they just have to follow the steps to give the decision a stamp of authenticity or the auspices of a neutral process when it is not at all.

The complaint says the Department of Corrections is in violation of the Elliott-Larsen Civil Rights Act, claiming the department showed disparate treatment of Cargor due to race, gender and age. .

Attorneys representing Cargor are awaiting a response from the Michigan Department of Corrections. According to the Washtenaw County Circuit Court, a stipulated order was filed on March 29.

Jon Marko is the lead attorney for Marko Law who practices in civil rights matters and employment litigation.

Representatives from the Michigan Department of Corrections declined to comment.

Stay connected with us anytime, anywhere.