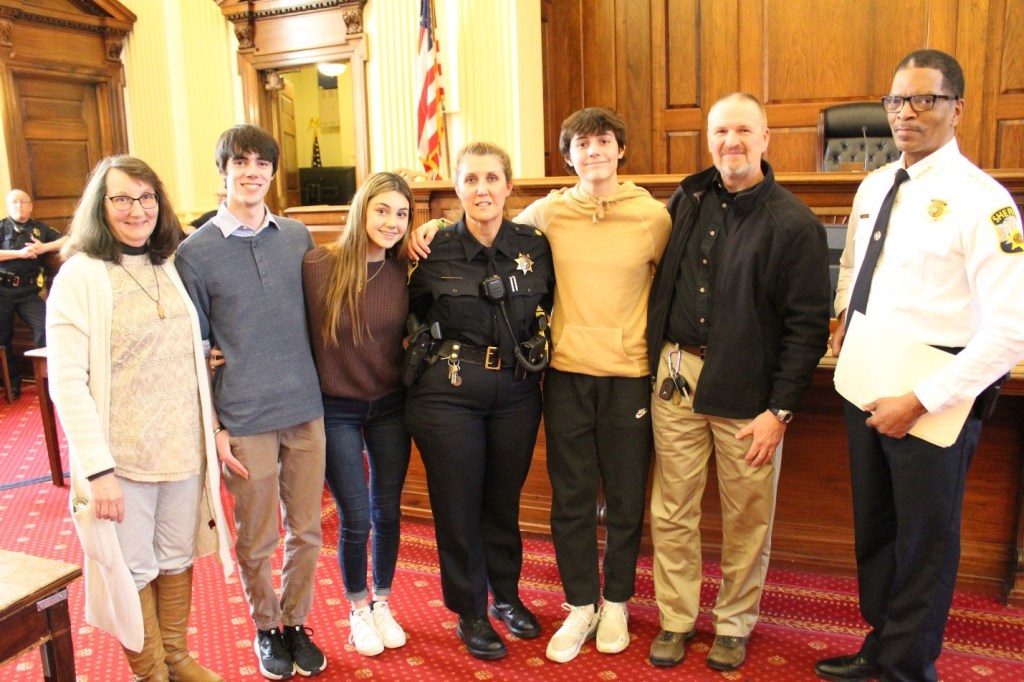 Chief Deputy Michael Donohue recently retired. The office held a reception for him and presented a plaque thanking Donohue for his service to the sheriff’s office and to the citizens of Delaware County.
Inspector Michellene Conte, a resident of Garnet Valley, was promoted to Deputy Chief Sheriff of Delaware County and sworn in by Sanders on Friday, March 4, in the presence of her family, friends and office workers. sheriff.

Conte joined the sheriff’s office in 2001 as a deputy. Six months later, she was transferred to the Bench Warrants Unit. In 2006, she was promoted to sergeant, overseeing court security, transportation, and the issuance of transportation permits.

She was promoted to lieutenant in 2008, overseeing court security, transportation, community affairs and firearms licensing units. During this time, she also oversaw the project to qualify the Delaware County Sheriff’s Office as an accredited law enforcement agency by the Pennsylvania Association of Chiefs of Police. Accreditation was received in 2015. Under his continued leadership, the office has maintained this distinction, the most recent conferred in 2021.

In 2020, Conte was promoted to the rank of Inspector, where she oversaw all services performed by Deputy Sheriffs. As Delaware County Chief Deputy Sheriff, she will oversee all Sheriff’s Office operations performed by uniformed and civilian employees.

Born and raised in the Highland Gardens section of Chester City, she attended St. Hedwig’s School, then moved to Upper Chichester where she attended Chichester High School. She graduated from Widener University and received a Hero scholarship.

Conte is second generation law enforcement. His father was Officer Lawrence Fiorelli of the Chester Police Department, who died in the Wade landfill fire.

She helped volunteer in the construction of the Delaware County Law Enforcement Memorial in Rose Tree Park, where her father is among the listed honorees. His father’s name will be added to the National Police Memorial in Washington, DC, in May. Conte worked as a part-time police officer in Lower Chichester Township.

The Rotary Club of Upper Darby-Lansdowne will be hosting a Designer Bag and Tool Bingo, at 7 p.m. on Saturday, March 26, at St. Philomena’s Roman Catholic Church, 41 E. Baltimore Pike, Lansdowne, at Marian Hall. Doors will open at 6 p.m.

Tickets are $35 for the BYOB event. Raffle baskets and a 50/50 raffle, as well as additional bingo cards, will be available. Proceeds will go to scholarships and help feed those in need. For tickets, visit
http://buytickets.at/upperdarbylansdownerotaryclub/643108.

The Chester Ridley Crum Watersheds Association is looking for enthusiastic volunteers for its 24th annual CRC Stream Cleanup, from 9-11:30 a.m. Saturday, March 26, at more than 30 sites in local watersheds in Delaware and Chester counties. A picnic will follow at Rita Reves Park in Newtown Square from 11:30 a.m. to 1 p.m. Volunteers can find a nearby and convenient cleanup site near them by checking the map at http://www.crcwatersheds.org/what-we-do/streams-cleaning. Volunteers can register for the event through a form on the same page of the website.

The annual cleanup includes hundreds of volunteers, spread across multiple sites and clearing tons of trash and debris from local creeks and creeks. Last year, more than 12 tons of waste were removed. Under the supervision of CRC site coordinators, volunteers wade through streams, help pull large objects out of the water, and pick up debris along the streambed. Streams Cleanup volunteers represent individuals, organizations and clubs and all age groups, from children to seniors. Children under 18 are encouraged to participate, but must be accompanied by a parent or guardian. Many volunteers return year after year for the fun, the camaraderie and the opportunity to improve their communities. This year, the CRC hopes to have its largest group of volunteers yet.

To register for this fun, free, family-friendly event and make a difference in local watersheds, visit http://www.crcwatersheds.org.

Sainte-Annie organizes prayers for the vigil of peace

St. Anastasia Catholic Church, 3301 West Chester Pike, Newtown Square, will hold a candlelight vigil to pray for peace, at 7:30 p.m. on Sunday, March 13. The prayer service will take place outside the church at the Shrine of the Blessed Mother. All members of the community are invited to attend. For more information about St. Anastasia Parish, visit www.saintanastasia.net.

Catherine Hershey Schools for Early Learning has appointed Senate Alexander, Esq., a Delaware County early childhood education expert, as its first executive director. CHS is a $350 million initiative to fund the initial development of up to six early childhood resource centers across the state of Pennsylvania as affiliates of the Milton Hershey School. Since 1909, MHS has provided world-class education and today serves children from kindergarten through 12th grade. low-income families at no cost. Similar to MHS, CHS will offer supports for the whole child, providing a top-notch educational, social and cognitive program for children from birth to age five.

â€œI am honored to be able to positively impact the lives of so many children and families in need,â€ said Alexander, who is also an MHS alumnus. â€œHaving benefited from MHS training myself, I know that access to quality education from an early age can change the trajectory of a child’s life. I look forward to continuing the work of Catherine and Milton Hershey to help more children from low-income backgrounds reach their full potential.

Alexander’s roots in Delaware County go back to childhood. “Before registering with MHS, I lived in Upper Darby with my mum and brother,” he said. â€œMy mother worked hard, but we still didn’t have access to all the resources a child needs to thrive. August 4, 1997 is the date that everything changed. This is the day I signed up for MHS.

After graduating from MHS, Alexander studied elementary education at Temple University and earned a JD from American University Washington College of Law in Washington, DC. It was during law school that Alexander rediscovered his passion for helping others in need.

“I interned at the public defender’s office, where I was an admissions officer,” Alexander said. â€œThe trend that emerged among my clients was unmistakable: low income, poor quality education and no early childhood education. I thought to myself, ‘if we can reach them sooner, a lot of this could be avoided.’ He then dedicated his career to doing just that.

Prior to his role at CHS, Alexander served as Executive Director of the Rosslyn Children’s Center and Regional Director of Operations at Columbia Academy in Maryland, where he ran four high-quality preschools serving over 450 children.

CHS is a unique early education initiative because it will benefit both children and their families. Students will receive nutritious meals, transportation and other necessary supplies, as well as a program designed to enhance their educational, social, emotional and cognitive development. Families of registered children will also receive integrated support resources. Again, all of this will be provided free of charge to families.
CHS will open its first two locations in 2023 and 2024 in Hershey and Harrisburg, respectively. For more information on these and future centers, visit http://chslearn.org. 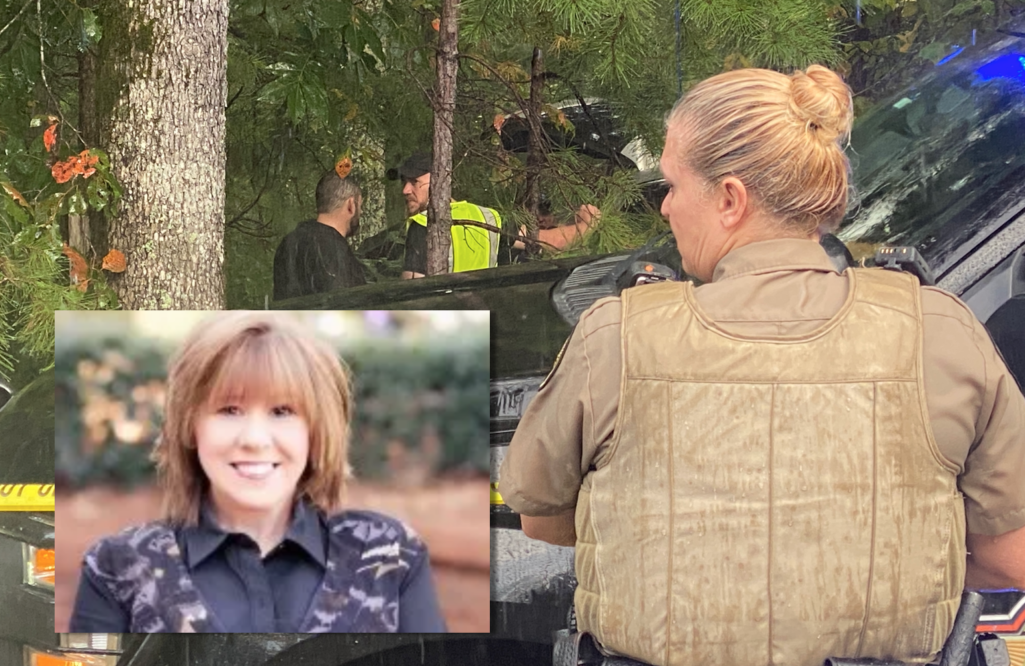 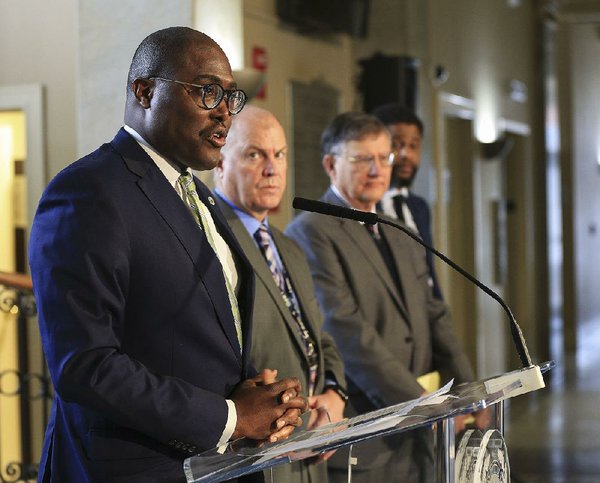 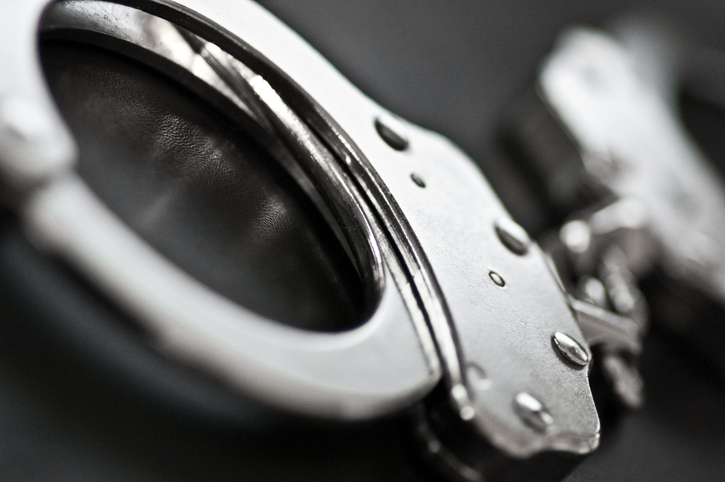