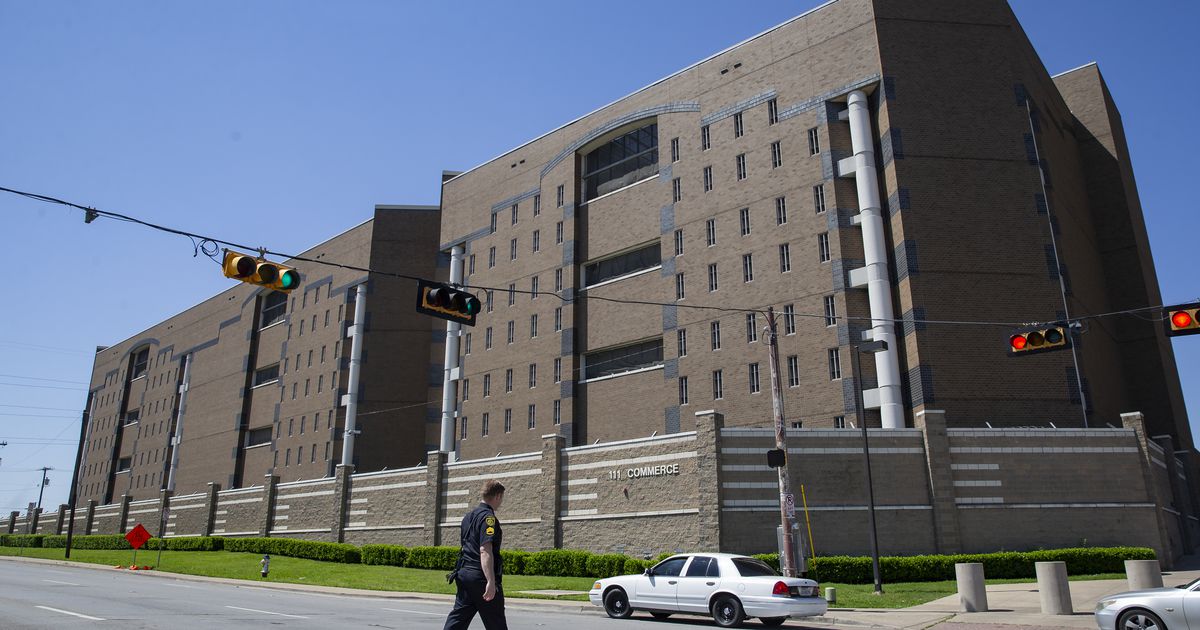 The city of Dallas owes the county $10.2 million because it stopped paying its monthly fees to hold inmates at the jail due to a long-running contract dispute.

dallas has withheld payments to Dallas County since last April after city council members voted in 2020 to only pay half of the next bill until contract terms are updated, according to city records. They cited issues with the reservation and detention process at the Lew Sterrett Justice Center and how much Dallas is charged to use the jail.

Dallas has contracted with Dallas County since 1978 to process and detain people accused of crimes. But the current agreement has not been updated since 1997.

City officials have warned for years, including in a 2009 Dallas Audit, that the contract is out of date and has resulted in the city overcharging and other problems. City records show Dallas has paid more for prison services each year since 2016, despite the number of people booked dropping dramatically each year. The city has grown from $7.6 million in 2016 after more than 19,000 people were booked to $9.5 million in 2021 with around 17,000 bookings.

The Dallas County Sheriff‘s Office declined to comment. A spokeswoman for County Judge Clay Jenkins said he knew nothing about the deal except that negotiations were ongoing. A deputy county administrator familiar with contract negotiations did not respond to messages for comment.

Daisy Torres Fast, assistant director of court and detention services for Dallas, said the city was still able to send people to the county jail despite missed payments. City and county officials are finalizing an update to the jail agreement for the city council to consider on April 27, she said.

If approved, the board will also have to agree to pay all money owed and monthly payments going forward.

“The intent of this amendment is to add clarity and transparency regarding the costs used in the methodology and to update the terms of the contract to reflect current operations,” Torres Fast said. The Dallas Morning News.

The latest discussions between the city and the county to update the prison contract have been ongoing since 2018.

Most reserved inmates and inmates at the county jail are brought in by the city of Dallas, which brings an average of 18,000 people to the county facility. Dallas has a municipal detention center, but it only holds those arrested on suspicion of public intoxication and other Class C misdemeanors, which are the lowest level of criminal offenses.

Under the current deal, Dallas is supposed to pay the county every month to help cover the city’s share of the operating costs of the prison. Each year, the city budgets the amount to be paid based on a calculation that includes preliminary budget estimates for the costs of running the prison and projections of the number of people Dallas law enforcement will bring into the facility.

The city council votes annually whether or not to authorize payments for each fiscal year, which runs from October to September.

In June 2020, county commissioners approved the hiring of Port Arthur-based consulting firm Griffith, Moseley, Johnson and Associates Inc. to review the jail deal and help find a new deal. The company looked at other prison contracts between cities and counties for comparison.

The September 2020 City Council approved payment for only the first six months of the upcoming financial year as part of ongoing negotiations. The city has budgeted $9.5 million for fiscal year 2021.

City records show Dallas paid about $4.7 million from October 2020 to March 2021, but hasn’t paid anything since. The city has approximately $9.4 million budgeted this fiscal year for the jail contract.

The city is overpaying?

According to the 2009 city audit, the 1997 contract update included a clause that the two jurisdictions review the way jail fees were calculated every three years and change it if necessary. But that never happened. The audit could not understand why the contract was not reviewed periodically.

The city should have paid about $2.2 million less between fiscal years 2006 and 2008, according to the report.

The audit indicated that the actual costs and number of people brought in from Dallas should be used instead, which may be lower than the estimates.

The audit also noted that the agreement does not clearly spell out who is responsible when a city inmate is taken to the hospital or how to deal with any of their property.

That’s because Dallas is the only city that brings people to jail to be held before and after charges are filed by the district attorney’s office, leading to a gray area for which jurisdiction is responsible. before a person is charged by the prosecutor. Other cities bring people to their own local detention center first and transfer them after charges are laid.

In response to the 2009 audit, Director of Forensic and Detention Services Gloria Lopez Carter wrote in a letter that her office and the police department agreed with the report’s findings and recommendations.

Lopez Carter, who is still the city’s chief judicial and detention officer, has set a goal of resolving the contract by April 2010.