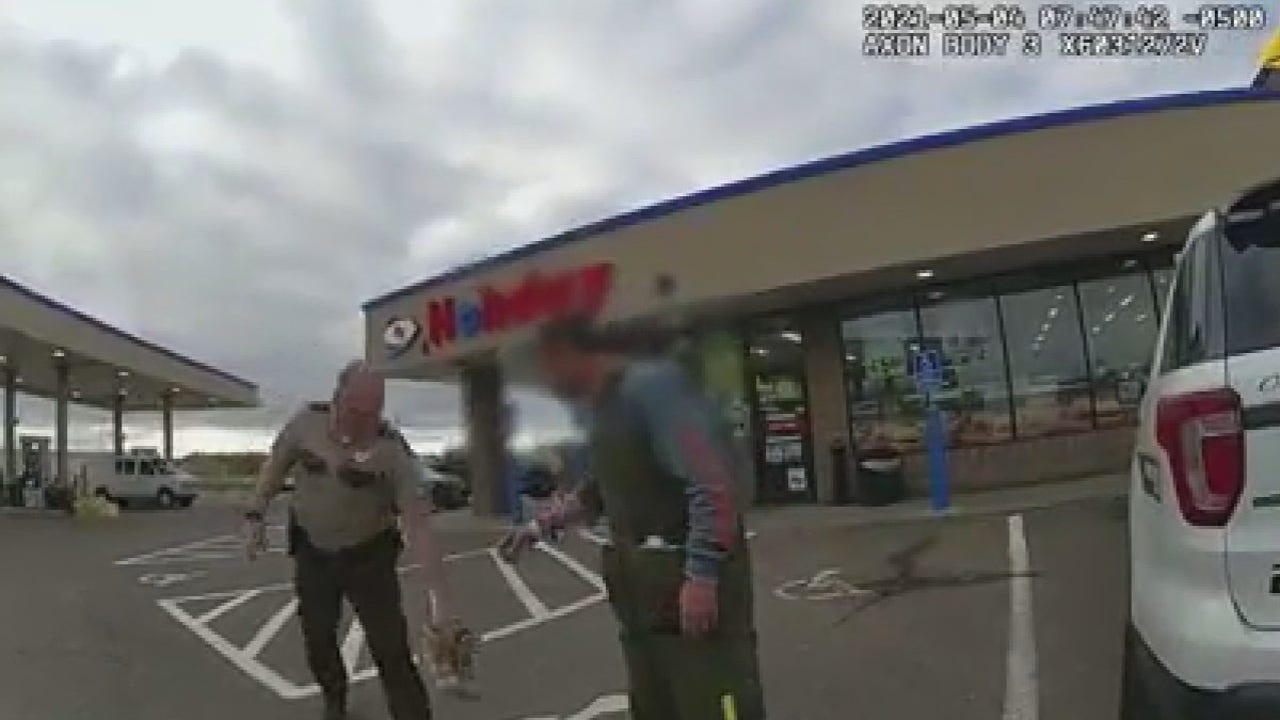 What started as a routine check ended with a man receiving a gift he never saw coming.

In May, a Chisago County sheriff’s deputy responded to a call to watch a man near a gas station in Rush City. The deputy’s body camera captured the encounter and this week the office posted some of the footage on its Facebook page.

In the video, the man, who identifies as a military veteran, says he is heading to Iowa en route to Wyoming on foot without shoes.

“My boots failed me last night,” the man said in the video.

“They were just having a conversation, but as I approached I just noticed he was wearing a pair of boot liners,” Chief Deputy Wood told FOX 9.

It was then that Wood decided to act. The chief deputy went to his trunk and grabbed a pair of his new tactical boots in size 11 – an almost perfect fit.

“They’re 11, they might be a little big, but you can wear socks with them,” Wood said in the video.

“Veterans serve our nation, they make the ultimate sacrifice,” Chief Deputy Wood told FOX 9. “They are a special group of people. We have to take care of them, and so this was a little way to do it.”

It was a small gesture that leaves a big impact even months later. Chief Deputy Wood has worked in the Chisago County Sheriff’s Office for over 15 years. He says he’s still getting used to all the attention.

“I had actually forgotten about that incident,” Wood said. “To my surprise, it was posted on social media, so I hadn’t planned any of this.”

“We had a tough race here, it’s tough right now for us and we recognize that the public needs us now more than ever,” added Wood. “And we never claimed to be perfect, but we want to have all the positive interactions possible with the public and try to do as much good as possible while we’re there.”