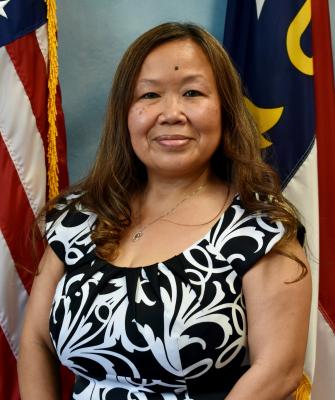 The Adult Corrections Division has appointed Cathy Judge as the new Warden of Harnett Correctional Institution in Lillington.

She had been the prison’s associate director of programs since 2020.

“Judge Warden has extensive experience and a deep commitment to rehabilitating offenders to better prepare them for a successful life at the end of their prison term,” said Todd Ishee, Commissioner of Prisons. “She is a very welcome addition to the men and women who run our correctional facilities with care and compassion.”

In her new position, the judge is responsible for all operations at Harnett Correctional, a men’s facility that houses medium-term offenders.

A former state government employee, Judge began her career as a corrections officer at Pasquotank Correctional Facility in 1995.

A year later, she was transferred to Central Jail and transferred again in 1998 to the former Polk Youth Facility, which is now Granville Correctional Facility.

She graduated from Elizabeth City State University with a Bachelor of Science in Criminal Justice and is a member of the university’s Wake/Durham Alumni Chapter. She is also a member of the State Employees Association of North Carolina, the North Carolina Correctional Association and participates in Women Working in Corrections and Juvenile Justice.

One of its top priorities is to hire and retain high quality staff.

“We have good jobs for people who want to help protect their communities, who want a career in public safety,” he said. “These are important and meaningful jobs.”

In her spare time, she enjoys softball, flag football, zip lining, reading a good book and going to the beach.

Harnett Correctional Facility has grown from a dormitory jail built when the state highway department ran state prisons to a 30-acre prison complex sitting on a 198-acre site. The prison also has a dining hall, a recreation building, an education building, two professional buildings, a chapel, six modular buildings and a medical building for dental and nursing staff.

Correction Enterprises moved its meat processing plant to Harnett Correctional in 1994. Offenders help process millions of pounds of frozen foods and meats for use in state prisons.

In 1991, Prison Mental Health Services launched the Sex Offender Accountability and Accountability Program at Harnett. The mental health program provides treatment to up to 46 offenders for each 20-week program cycle. The prison also offers a drug treatment program.