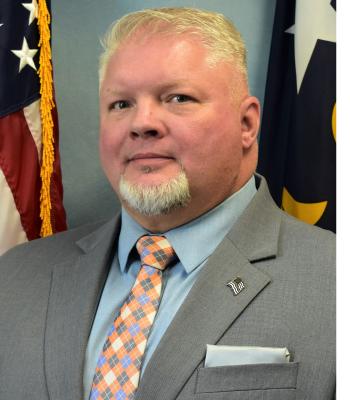 The Adult Corrections and Juvenile Justice Division has appointed Bret Bullis as the new Warden of the Avery-Mitchell Correctional Facility in Spruce Pine.

He was assistant director of custody and operations at Marion Correctional, a closed, minimum-custody prison, since 2020.

“Warden Bullis is a longtime resident of Spruce Pine and has extensive experience in all aspects of managing the operations of a large prison,” said Todd Ishee, Commissioner of Prisons. “He is a great addition to our team of guardians who work so hard to protect staff, offenders and our communities with care and compassion.”

In his new position, Bullis is responsible for all operations at the Avery-Mitchell Correctional Center, which houses approximately 850 male offenders in medium custody.

One of his top priorities as Director is to hire and retain high quality staff.

“We have important jobs with great benefits for dedicated people who want a career in public service, to help protect their families and their communities,” he said. “We work closely together, in many ways as a family, on a vital mission.”

A seasoned state government employee, Bullis began his career with the Department of Public Safety in 2005 as a food services officer at Mountain View Correctional, a job that managed the food and nutrition needs of hundreds of offenders three times per day.

In 2007, he was promoted to prison corrections officer and sergeant in 2010. Two years later, he was hired to be an assistant housing unit manager.

He advanced in 2015 to be one of the facility’s housing unit managers and was promoted again in 2018, this time to be the security coordinator for the West Region of the prison system. He was appointed Associate Director for Custody and Operations at Marion Correctional in 2020.

He is a certified General Instructor for the Department of Public Safety, with specialties in firearms, defensive techniques of control and restraint, use of batons and pepper spray, cell extraction and physical fitness. and employee well-being.

He graduated from Mitchell High School in Bakersville and attended Mayland Community College, where he studied electrical engineering.

His hobbies include playing guitar and performing live, traveling, and he is an avid Michigan Wolverines fan.

Built in the 1990s at a cost of nearly $27 million, Avery-Mitchell Correctional sits on 100 acres of land adjacent to the Avery and Mitchell county line. The prison is designed with three dormitory-style units, supported by a central administration building.