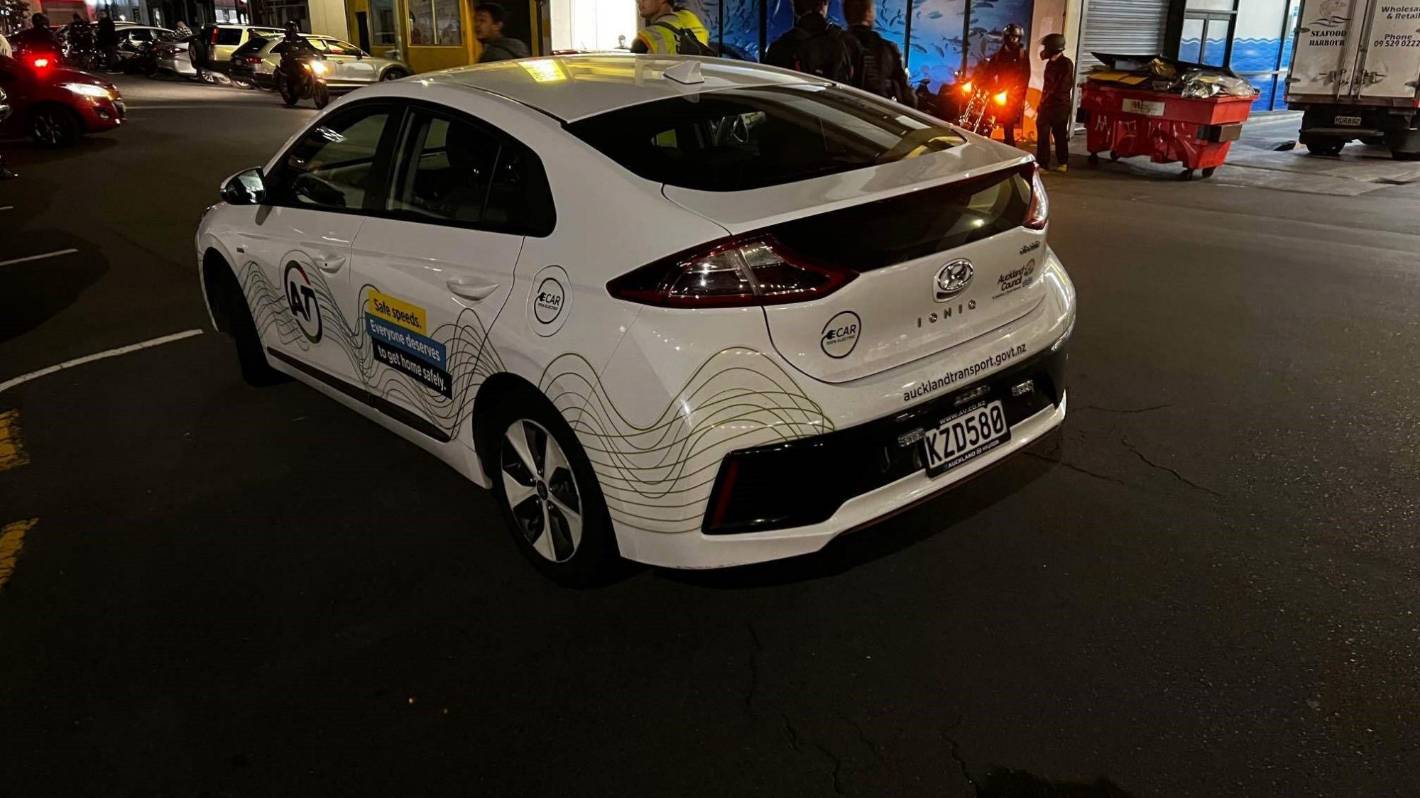 An Auckland Transport traffic officer parked in the middle of the road to issue parking tickets.

An Auckland council traffic officer has sparked outrage by parking on the road to issue tickets.

Dr Urie Bezuidenhout was meeting with a group to support local businesses in Newmarket, when he saw many of the group’s motorbikes being ticketed by an Auckland transport officer.

Bezuidenhout said some motorcycles were parked in a driveway, which were eventually moved, but not before they were ticketed.

In order to ticket the bikes, the guard had left their car on the road with its hazard lights on.

Bezuidenhout said the guard could have parked away from traffic on the sidewalk.

“There was a parking space just in front, what happened to road safety?

When Bezuidenhout spoke to the manager he said the manager explained that they were allowed to park there.

But Bezuidenhout wondered why it was necessary to park on the road when there were safer spaces available.

“I asked the member of staff, and he said he was allowed to leave his vehicle wherever he wanted as he had a permit to do so. So basically parking revenue trumps road safety.

All around central Auckland are ‘parking craters’, multimillion-dollar land used as car parks. (Video from May 2021)

He described the staff member’s choice of parking as “ironic.”

Auckland Transport said there was a provision in the active app to park where it needed to address the issue in question.

“It’s legal for parking enforcement personnel to do so.”

Although legal, Thing asked AT if he was confident that on-road parking in this case was necessary, when there appeared to be parking lots available. AT had not addressed this issue at the time of publication.

AT said its parking enforcement team was working hard to keep Auckland city safe and to keep the parks running.

Auckland Transport said on its website that through Vision Zero it wanted to create a transport system that puts safety first, “not one that puts other measures before human life”.