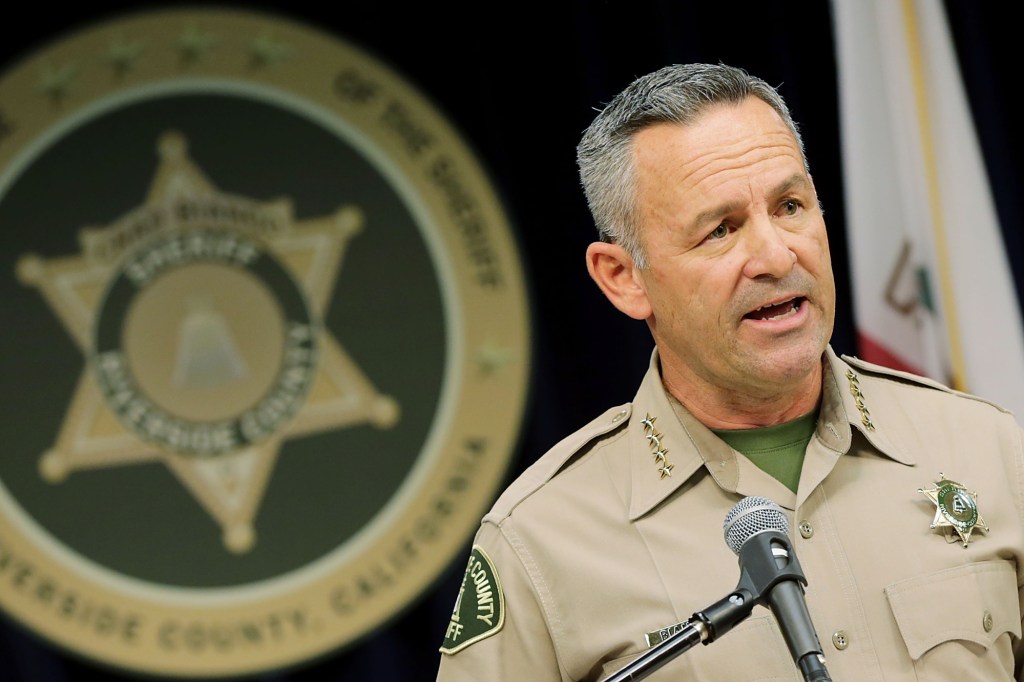 In 2021, Riverside County Sheriff’s Department (RSD) deputies shot and killed more people than in any other year in its recent history.

When asked about it, Sheriff Chad Bianco called it an “anomaly”.

This response is all too typical of the RSD, and Bianco in particular, whose responses to blatant indications that the department’s actions on the streets, in its prisons and in its policies – including the refusal to comply with the directives of the courts and the state – make a mockery of its motto, “Service Above Self”.

Last year, more than 20 community organizations and activists asked California Attorney General Rob Bonta to investigate the RSD. Led by the ACLU Foundation of Southern California, Starting Over Inc. and Riverside All of Us or None, the letter read, “We are writing to the Attorney General’s Office after exhausting all other avenues to obtain basic standards of accountability and of Riverside’s human treatment. County residents.

The request is critical. There are many other disturbing statistics, and they too are not anomalies.

From 2019 to 2020, RSD deputies reportedly shot people 41 times. In 31 of these cases, the victims were not perceived to be armed with a firearm, calling into question whether the RSD used lethal force only when necessary or in defense of life, such as the law requires it.

In the years 2013 to 2021, RSD deputies killed more people during arrests than nearly all (92%) of California’s sheriff’s departments.

Despite increased funding, the RSD solved fewer homicides than 72% of the state sheriff’s departments.

Bianco’s disregard for the law, callousness and sheer incompetence have proven tragic in his handling of the COVID-19 crises in the county’s prison system, which the RSD oversees.

According to the latest figures from the Riverside University Health System-Public Health, more than 1,400 people incarcerated in Riverside County jails have contracted COVID-19 since the pandemic began.

Bianco, in a widely streamed press conference online, basically said they deserved it. “If you don’t want to catch this virus while in detention,” he said, “don’t break the law.”

More than 80% of those housed in Riverside prisons have not “broken the law”. They are awaiting trial, and as any young child who has taken a civics course – or an immigrant studying for citizenship – might tell the sheriff, people in the United States who have not had their day in front of a court are innocent.

As Lisa Matus, who had two sons in a Riverside facility awaiting trial, asked in a news report, “Who makes him a judge now?

Of course, no one in county jails should be inadvertently exposed to a deadly virus. But as other California sheriffs took steps to reduce overcrowded prison populations, Bianco refused to do so. Predictably, the prison system overseen by the RSD has seen some of the worst COVID-19 outbreaks in the state.

Finally, in 2020, a federal judge ordered the RSD to come up with, at a minimum, a plan to ensure social distancing, saying the department had “failed to demonstrate that it is currently taking adequate precautions.”

As indicated in our letter to the Attorney General, incarcerated persons who were not ill were grouped with obviously ill persons. The girlfriend of an incarcerated man reported being grouped in court for eight hours with a person who tested positive for COVID. “Sometimes they were chained together.”

Others recounted being denied life-saving drugs for diabetes and mental illness; refusal of soap, clean clothes and cleaning products; and issuing a single mask to wear for long periods of time without cleaning instructions. There was also a lack of COVID testing, likely leading to an undercount of infected people. And in many cases, staff have gone mask-less — no surprise given Bianco has publicly said it refuses to enforce vaccination mandates.

This isn’t the first time Riverside County Sheriffs have refused to protect those in their custody. In 2015, the RSD entered into a consent decree in a federal lawsuit for failing to provide minimally adequate medical and mental health care to those incarcerated in its prisons.

The continued and endemic violence by deputies, the persistent inhumane prison conditions and the RSD’s refusal to protect those detained in the county from COVID-19 are all reasons why it is time for the Attorney General to investigate.

We cannot wait any longer as the RSD continues to disregard the well-being of our communities. It is imperative that AG Bonta act now to ensure justice and accountability for all those who have been and continue to be harmed by the RSD.

Luis Nolasco is a senior policy advocate and organizer with the ACLU of Southern California. Avalon Edwards is a Policy Associate at Starting Over Inc.