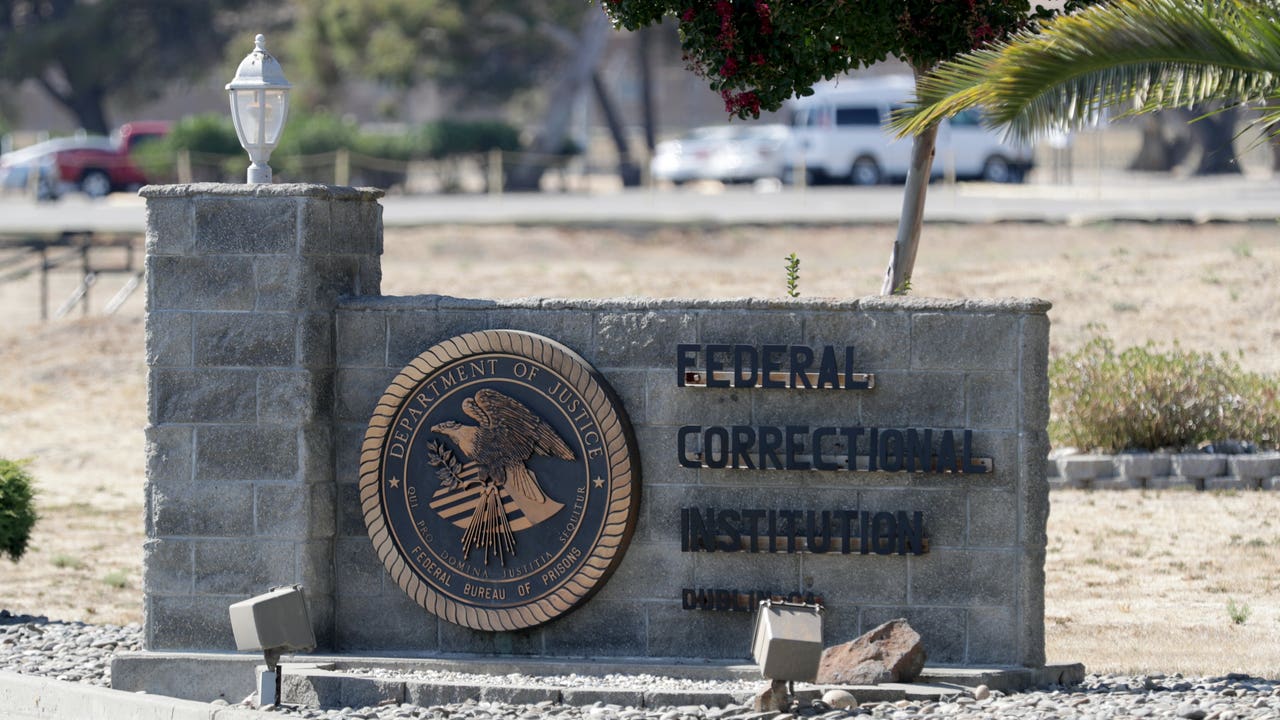 DUBLIN, Calif. – Four corrections workers – including the warden – at Dublin’s federal women’s prison have been charged by the US Department of Justice with a string of sexual assault crimes in a widening investigation that reveals an apparent pattern of abuse of power at a unique East Bay facility.

The allegations include correctional officers having sex with women incarcerated in shipping containers to take their nude photos during regular rounds.

All three corrections officers are still currently employed by the Bureau of Prisons, a spokeswoman confirmed. The director retired three months ago.

The serious accusations made by so many employees at the same establishment have caught the attention of lawmakers at the highest level.

“I am deeply concerned about the allegations of abuse at FCI Dublin, and I am pleased that the FBI and federal prosecutors are holding those responsible accountable,” said U.S. Representative Eric Swalwell, who represents the Dublin region. “I look forward to hearing more from the Department of Justice’s Office of Inspector General regarding the full extent of the problem.”

The allegations arise against the backdrop of a larger federal prison system plagued by corruption and misconduct. Three months ago, the Associated Press reported that more than 100 Bureau of Prisons employees have been arrested, convicted or sentenced for crimes since 2019as the agency turned a blind eye to the misconduct allegations.

A representative for FCI Dublin did not comment on the situation.

“While we appreciate the request, we respectfully decline the interview offer,” the spokesperson wrote in an email.

However, in general, the spokesperson said, “The Bureau of Prisons takes very seriously our duty to protect those in our custody, as well as to maintain the safety of correctional staff and the community.”

FCI Dublin holds approximately 700 female prisoners considered low security. It is one of the countries 122 federal prisons and one of five women’s prisons in the federal system.

Actresses Felicity Huffman and Lori Loughlin spent time there for their involvement in the college admissions bribery scandal. Other famous inmates over the years include publication heiress Patty Hearst and Hollywood Madame Heidi Fleiss.

The jail opened in 1974 and was converted to a women-only facility in 2012. It is adjacent to Alameda County’s Santa Rita Jail. 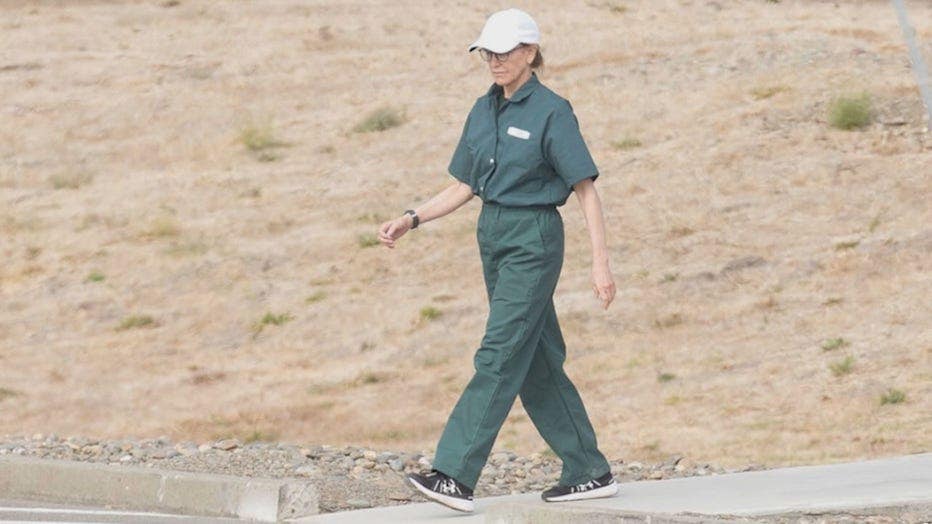 The latest criminal charges against a Bay Area officer were made public Tuesday. Federal prosecutors have charged prison officer and chaplain James Theodore Highhouse with crimes including ‘sexual abuse of a ward’ at FCI Dublin, abusive sexual touching and then making false statements on his behavior.

The charging documents allege that Highhouse had sexual intercourse and oral sex with a woman identified as “LI” from May 15, 2018 to February 9, 2019. Less than two weeks later, on February 21, 2019, Highhouse allegedly lied to the FBI and the Inspector General’s office, telling investigators that he had not had any sexual relationship with the woman.

Highhouse has yet to make his first court appearance, according to court records. He faces up to 15 years in federal prison if convicted. He did not have a lawyer on file and could not be reached immediately.

Director accused women of stripping for him, nude photos

In the past six months, three other people from FCI Dublin have also been charged by the DOJ, including the prison warden, Ray J. Garcia, 55, of Merced, Calif.

In September 2021, federal prosecutors charged him with sexually assaulting one woman, sexually harassing another, and keeping nude photos of one of the women on his work computer. Federal prosecutors allege that at one point, Garcia requested that at least two women undress for him while he made his rounds.

Garcia then allegedly tried to stop the woman from coming forward, telling her he was “a close friend” of the person investigating the allegations of inmate misconduct, adding that he could not be fired, according to an FBI affidavit filed with the court.

Garcia was placed on administrative leave in July 2021 as part of the investigation. It was the same month that the woman’s attorney first brought the sexual assault allegations to the attention of the Department of Justice.

For two years prior to his arrest, Garcia conducted training on the Eliminating Prison Rape Act and trained all newly arrived supervisors on these procedures and policies. 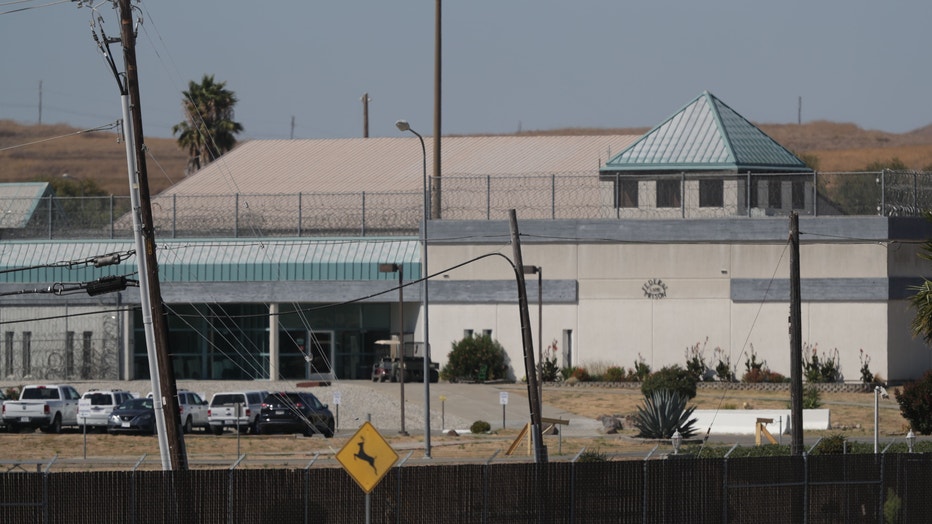 Two months earlier in November 2021, John Russell Bellhouse, 39, de Pleasanton, who had served as security administrator at the prison, appeared in federal court to face the charge of sexual abuse from an FCI Dublin detention ward. Federal prosecutors allege that in 2020 he became interested in one particular woman at the prison and began calling her his “girlfriend.”

He reportedly provided her with earrings and allowed her to use a desk phone. The two allegedly had sex, according to court documents, and sometimes they had another incarcerated person acting as a “watchman”.

In March 2021, Bellhouse was placed on paid administrative leave.

Last week, his attorney Shaffy Moeel requested that Bellhouse be allowed to travel to Colorado if his mother signs a $50,000 bond for him to appear in court. A judge is expected to hear his request on January 24.

Moeel did not respond to comments.

Corrections officer had sex with women in shipping and storage containers

And in the first case to break out at FCI Dublin, federal prosecutors charged Ross Klinger, 36, of Riverside, who was also a recycling technician at the prison, in June 2021 with “knowingly” having sex with at least one woman incarcerated in a bonded warehouse.

He also had sex with a second woman, whom he had sex with in a shipping container, while her friend stood watch, prosecutors charge. After she was released into a halfway house, prosecutors allege Klinger continued to text her and send her Snapchat messages. Klinger also offered her a diamond ring, according to court documents.

The alleged abuses occurred from April to October 2020.

Court records show Klinger was allowed to wait for his hearings at home and then leave his house for a new job. Court documents do not indicate where Klinger currently works.

Klinger is represented by John Paul Reichmuth of the Oakland Federal Public Defender’s Office, who did not respond to comments.

Klinger’s next hearing is scheduled for January 31. 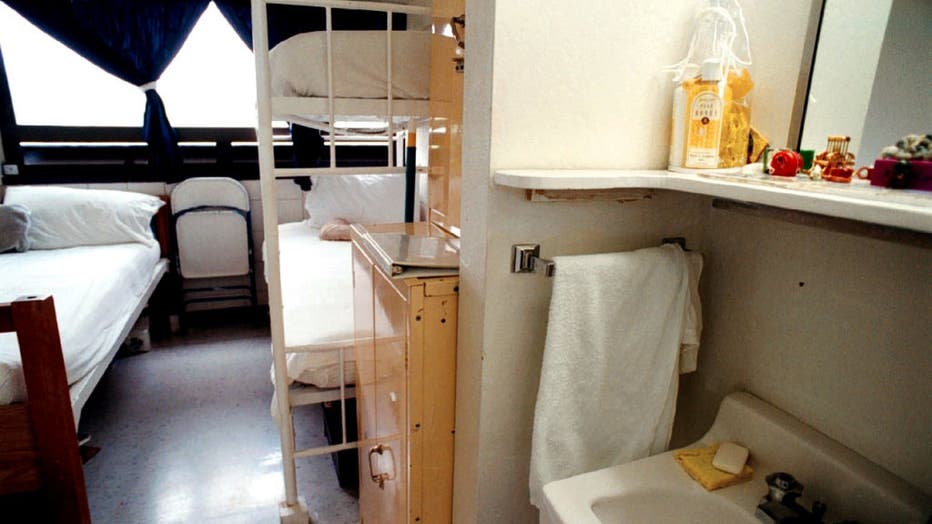 Prosecutors say prison officials must not take advantage of power

Federal prosecutors said it was heartbreaking when the powerful took advantage of their positions and held them to account.

“Prison officials have great power over incarcerated people and are responsible for using that power to ensure the care, safety and control of people under government supervision,” said Acting U.S. Attorney Stephanie. Hinds. said at the time.

“The abuse of these powers reverberates throughout the criminal justice system and threatens to undermine public confidence in the legitimacy of the system,” Hinds continued. “The allegations…describe a troubling disregard for the responsibilities of correctional officers. Such abuse of power will not be tolerated.”

Lisa Fernandez is a reporter for KTVU. Email Lisa at [email protected] or call her at 510-874-0139. Or follow her on Twitter @ljfernandez